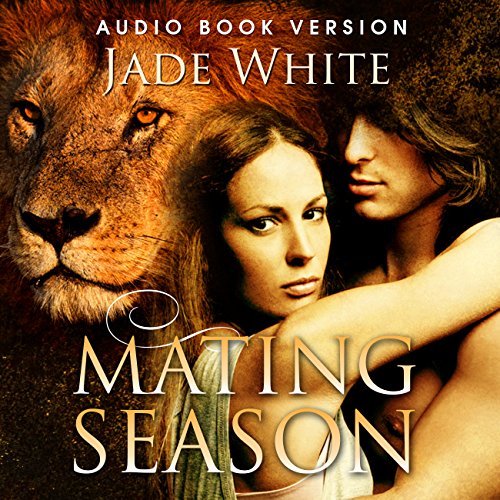 By: Jade White
Narrated by: Jigisha Patel
Try for £0.00

When curvy Kim moved to a new village to escape her past, she had no idea what she was about to walk into. As she settled into a new life, she found her new surroundings slightly strange. She could not put her finger on it, but something was a bit...odd.

Then, when she met two hunky men, Tony and Keith, she found herself strangely drawn to them, but the last thing she wanted was a relationship of any sort. However, she began to notice her sex drive was higher than ever before; she was finding it hard to resist sleeping with these incredibly sexy men. Little did she know that Tony and Keith were shifters. In fact, the whole town was full of shifters and she arrived during a time of year when things get a little crazy...mating season!

Was Kim in the wrong place at the wrong time? Or did she find she enjoyed mating season more than was expected of any human?

This is a complete paranormal shifter romance audiobook: no cliffhangers!

Disclaimer: This audiobook contains scenes of a sexual nature.

What listeners say about The Mating Season

almost stopped listening early on as narration was so bad. lots of pauses where there shouldn't be pauses and so often sounded like a computer generated voice. However I did enjoy the story which waa the only reason I listened to the end

Very disappointing considering the wealth of folklore available. The characters were at best sketchy and written iso badly that it wasn't possible to connect or care. As for the narration - dire. although it slightly improved.

This is the worst book I have ever heard. The narrator was terrible, I could not finish this horrible book. The story could have been better if the narrator didn't sound as if she had stones in her mouth.

I rarely write reviews, but I needed to share.
The narrator was HORRIBLE. She made me grind my teeth. She couldn't pronounce common words, uncomfortable at the steamy scenes.
Not sure if she has an accent or pretended to have one. But she sounded like William Shatner ( Capt. Kirk)
The editing wasn't any better. You could hear voice change, volume change, missing sentences.
On a positive note : the story seemed to be good. And I like the information about the Cree Nation.

the book would be fine but

need a new narrator !!! that I could not get past chapter 1. this book would have better results if they changed the narrator. just saying. if you try and give it a chance like I did. well good luck with that. I wish 😪 someone warned me.