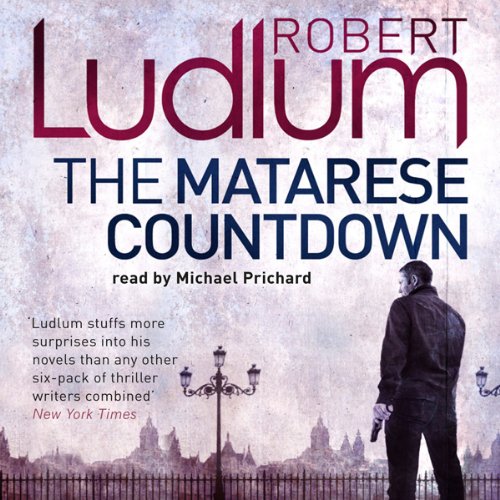 By: Robert Ludlum
Narrated by: Michael Prichard
Try for £0.00

Twenty years ago, KGB and CIA agents worked together to bring down The Matarese, a dynasty of killers who threatened the world. But the terrifying group has regained its power. CIA officer Cameron Pryce is hot on the trail of the new Matarese alliance. His only chance to terminate its ruthless activities is to follow the trail of blood money and stone-cold killers. Then he gets a lucky break. One of the Matarese victims lives long enough to whisper dying words that will blow the case wide open: the code name for legendary CIA agent Brandon Scofield - the only man to infiltrate the Matarese circle, and survive.

Read by Michael Prichard. Michael Prichard has played several thousand characters during his career. While he has been seen performing over a hundred of them in theatre and film, SmartMoney Magazine named him one of the Top Ten Golden Voices.

What listeners say about The Matarese Countdown

The story is good Ludlum. However, the narrator is poor. Apart from an attempt at male:female distinction, there is no attempt to give the characters any credible difference.
The result is a monotonous to the extent that I found myself zoning out and the rewinding many times.
Not a great experience