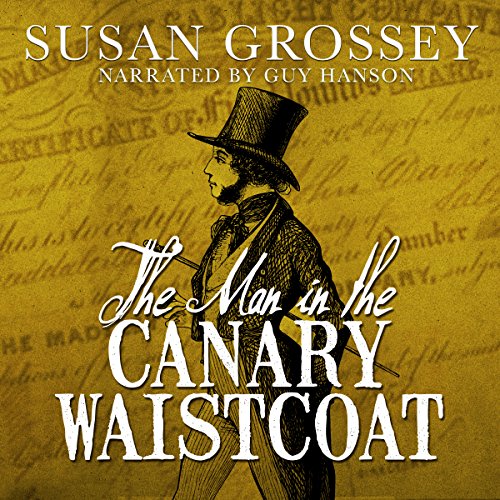 The Man in the Canary Waistcoat

The Man in the Canary Waistcoat

In this new mystery, Constable Sam Plank suspects there may be a link between a suicide, an embezzler, an arsonist, and a thief. No corner of Regency London is untouched by these crimes, as he travels from the mansions of St James's back to his own childhood haunts among the dank alleyways of Wapping.

As his steadfast wife becomes involved in his investigations, and with a keen young police officer now under his command, Sam finds himself leading them all into a confrontation with some ruthless and brutal adversaries - one of whom he had hoped never to see again.

What listeners say about The Man in the Canary Waistcoat

Twists and turns in Regency London

This was the first time that I have tried an audio book and I thought that the descriptive style and pace of The Man in the Canary Waistcoat was ideal for this format. The book does an excellent job of setting the scene for Regency London in the 1820's and it is clear that there was a lot of research into the various locations, living conditions, social attitudes etc. The underlying story itself is told from the viewpoint of our intrepid hero - Constable Sam Plank - as he tries to uncover a network of fraudsters who have developed a clever system to deceive a range of people. It isn't all straight forward though and Sam needs the help of his loving wife Martha and also Wilson, his junior constable. I really enjoyed the story and I will definitely be following the further adventures of Sam Plank throughout the rest of the series.