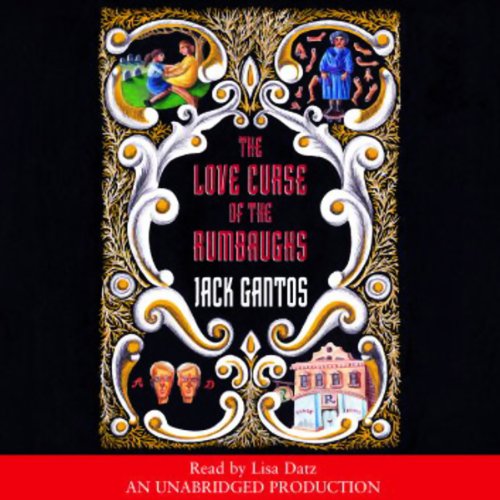 The Love Curse of the Rumbaughs

On an unseasonably warm Easter Sunday, a young girl named Ivy discovers a chilling secret in the basement of the Rumbaugh pharmacy across the street from the hotel where she lives with her mother. The discovery reveals a disturbing side to the eccentric lives of family friends Abner and Adolph Rumbaugh, known throughout their small western Pennsylvania town simply as the Twins. It seems that Ab and Dolph have been compelled by a powerful mutual love for their deceased mother to do something extraordinary, something that in its own twisted way bridges the gap between the living and the dead. Immediately, Ivy's discovery provokes the revelation of a Rumbaugh family curse, a curse that, as Ivy will learn over the coming years, holds a strange power over herself and her own mother.

In his third book for young adults, Jack Gantos has scripted a completely original drama. With gothic flavor and black humor, he depicts a group of people bound together by love, compulsion, and a passion for taxidermy.

What listeners say about The Love Curse of the Rumbaughs