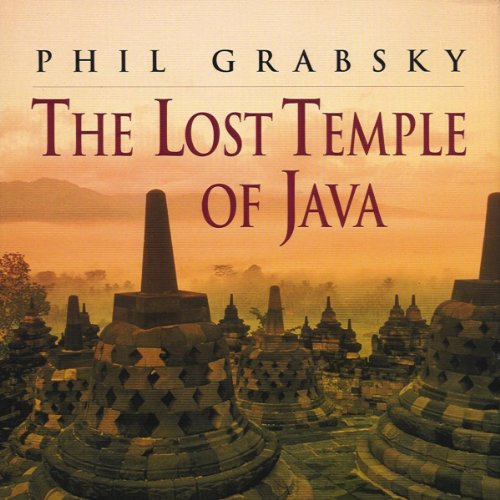 The Lost Temple of Java

Borobudur in Central Java has been described as the eighth wonder of the world. It is the world's largest Buddhist temple, built out of 1.6 million blocks of worked volcanic stone and containing three miles of relief carvings and 504 statues of Buddha. Yet for 1,000 years it lay deserted in the jungle until it was rediscovered by none other than the famous Englishman Sir Thomas Stamford Raffles.

In 1811, at the age of 30, Raffles became Java's Lieutenant-Governor. When reports reached him of a huge structure deep in the jungle he went to investigate. Unlike other explorers of the age his first reaction was not to hack the temple to bits. He had it surveyed, sketched and described in exact detail.

This book - like Raffles - seeks to solve the mysteries of Borobudur. Who built the temple? How was it constructed? What was it for? And why was it abandoned so soon after completion?

What listeners say about The Lost Temple of Java

This was a short book about an ancient temple lost for many years in the island of Java. The author gives a brief history of Java, then proceeds with the fascinating biography of Thomas Stamford Raffles who was instrumental in the discovery of the temple. A man ahead of his time, he learned to speak Malay and treated native people with more respect than others of his time. Oh and he also founded a little shopping port called Singapore and founded the London Zoological Society. The Temple is not widely known outside of the Asian continent and is still in danger of collapse. While some restoration has taken place more will be needed. I read this book using immersion reading while listening to the audiobook. Narration was rote and monotone. Still a short interesting read.