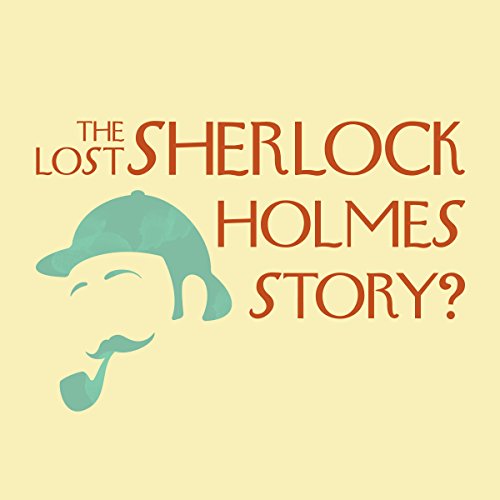 By: Anonymous
Narrated by: Simon Vance

It is a short vignette featuring the world's greatest detective and his sidekick - but is it truly a "lost" Sherlock Holmes story? Listen for yourself and decide....

In 1904 the Scottish town of Selkirk held a three-day event to raise funds to replace a wooden bridge destroyed in a flood two years earlier. As part of the event, the organizers sold a story collection called The Book o' the Brig. Most of the stories were written by locals - but one stood out because it starred Holmes and Watson.

It wasn't until 2015 that an 80-year-old Selkirk resident named Walter Elliot, who long owned a copy of the book, leafed through it and came upon the previously unpublished story. His discovery of "Sherlock Holmes: Discovering the Border Burghs and, by Deduction, the Brig Bazaar" caused quite a stir.

But was the story truly written by Conan Doyle? What's known is that the renowned author enjoyed visiting the area in and around Selkirk. And his name appears in the book, indicating that he was the opening presenter on the Saturday of the fundraising event. But Holmes experts have their doubts, since there is no mention of the story in Conan Doyle's papers, and the style of writing doesn't ring true. So the mystery may never be solved. But it is a fact that the fundraising effort succeeded - and a brand-new iron bridge was built.

What listeners say about The Lost Sherlock Holmes Story?

This struck me as a parody, an affectionate, humorous parody of the character of Sherlock Holmes in particular, and, of course, the series in general. Might Conan Doyle, for the sake of the fundraiser, have contributed this short piece, a seeming parody of his Sherlock Holmes stories and novels, to the collection?

The story itself is so short that I really only find it satisfying if I think of it as a quick skit intended to poke fun at the Sherlock Holmes series. Kindly fun in my opinion. So yes, I find it plausible that Conan Doyle might've written this, but that is only speculation of course.

Simon Vance's narration was spot on and contributed to the fun of the piece.

not worth it really

sorry, but though i am a sherlock fan i didn't think this was worth worrying about. It is so slight a piece there's not much else to say, except that it was a freebie at the time.

I'm not sure it's a true Holmes tale. A bit more humorous than most of the tales. You can almost hear the mirth.

What a pleasant homage!

Would you consider the audio edition of The Lost Sherlock Holmes Story? to be better than the print version?

This free treat from Audible Inc is well worth the download. If you have spent any time at all with Dr Watson's details of the adventures he shared with his peculiar friend, you will appreciate this contemporaneous homage to them both. Sir Arthur would scarce blink an eye, had he known, that such a fan would lend the logician to a cause such as restoring an historic and practical edifice. I throw down my 10 shillings for the supportive work metaphorically, in appreciation.

What was one of the most memorable moments of The Lost Sherlock Holmes Story??

Simon Vance gives voice to the echo of Holmes and Watson in a very comfortable way. The surprise is, as always, in the revelation.

For a good cause, all fame is employed.

I doubt it is an ACD work

This little piece is as ephemeral as a bite of cotton candy: sweet for a moment and then gone like a vapor. The only redeeming point of this snippet is the ever reliable Simon Vance doing his best to once again bring Holmes & Watson to life, if only for eight minutes.

I listen to this audiobook in my way to a vacation in the mountain by a lake. I keep me entertain the whole time until we got there. How we made it the hours we had to go? I have no idea. I don't remember anything of the trip since I was paying all my attention to this story. Most appreciated fun and the reader has a great voice for it. Well done.

Well-performed, wish it could just have been a bit longer., it was in my mind an introduction to a great story that was never told.

This was such a short and odd story that it was unsatisfying. The narration was wonderful however.