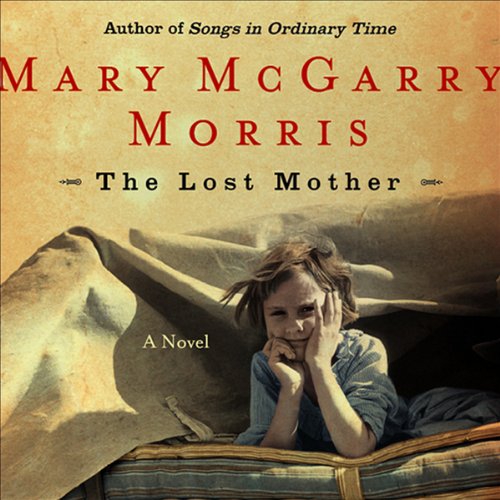 By: Mary McGarry Morris
Narrated by: Judith Ivey
Try for £0.00

A husband deserted by his wife, two children abandoned by their mother, and a choice that may change everything. The author of Songs in Ordinary Time returns with her sixth novel, a haunting and powerful tour-de-force.

The place: rural Vermont. The time: the Great Depression. Henry Talcott's beautiful wife, Irene, has recently left him. He and their two young children, Thomas and Margaret, are spending the summer in a tent on the edge of Black Pond. It's a bittersweet idyll.

An itinerant butcher, Henry must often leave his children alone as he travels the country in search of work. He is devastated by the loss of his wife, and shamed by his inability to provide for his family. He hasn't yet told them why their mother left or if she'll ever return. For 11-year-old Thomas, who minds his sister while his father works, the long days throb with heat and more freedom than he has ever known.

Then their prosperous neighbor, Mrs. Phyllis Farley, begins to woo Thomas and Margaret as companions for her strange, housebound son. The children set out to find their mother, only to learn that she does not wish to be found. And Henry must weigh an unusual proposition, the consequences of which may cost him everything.

"Morris' nearly flawless prose is mesmerizing." (Booklist)
"Never one to shy away from the messy and bleak, Morris unflinchingly illuminates the bitter existence of neglected children and their inspiring resilience, once again proving herself a storyteller of great compassion, insight, and depth." (Publishers Weekly)

What listeners say about The Lost Mother

What an excellent audiobook! The story grabs you from the beginning. You will be tempted to listen straight through in one sitting to learn the fate of these two Depression-era children. The reader is actress Judith Light and she gives a wonderful performance. She uses a different, distinct voice for each character. The author has written a wonderful story. Audible, please give us more books by Mary McGarry-Morris!

I really enjoyed the story line in "The Lost Mother" but being a Vermonter by birth; the accent (faked or otherwise) grated on my ear! This is one story that I wished that I had read instead of listened to.

Struggling to engage with the story due to terrible narration! The little girl sounds like an old woman, there is no consistent New Hampshire accent, characters' voices are shrill and unpleasant, even when their characters are not! Hard to sympathize with characters who are sympathetic. First time I have ever experienced this with an audio recording. Struggling to finish before book club. Writing this review was easier!!

Touching, this author has an amazing way with words.

This story was so touching. I could feel the children’s feelings, it was written so well. I love this author.

I loved the book and the narration as well. The story is hard to put down and the characters are well developed... side note the narrator is NOT the Judith from Growing Pains...

This is a beautifully written and well read book. I cared very much about these children and their situation and look forward to other Mary McGarry Morris' books.