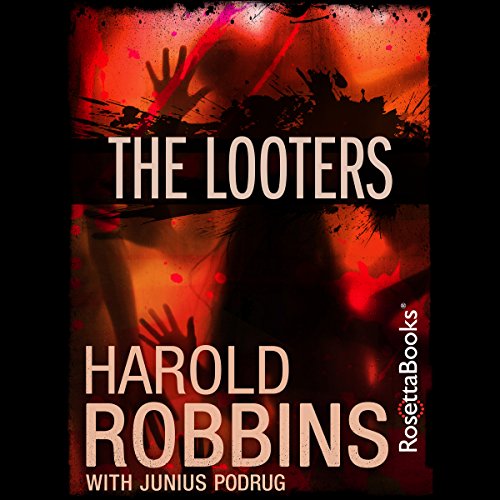 By: Harold Robbins,Junius Podrug
Narrated by: Pam Ward
Try for £0.00

From the author of The New York Times number one best-selling novel The Carpetbaggers comes the story of Madison Dupre, a young and ambitious art curator who is fixated on reaching the top of the rarefied world of priceless antiquities - an insular playground of the mega-rich, the super-privileged and even the occasional money launderer.

This glamorous world is also a world of unimaginable ugliness and ego. As curator of the prestigious Piedmont Collection, Madison is a rising star who knows how to ruthlessly play the game. She's there to win, no matter what it takes. When the crown jewel for the museum comes up for auction, the death mask of an ancient queen known as "The Whore of Babylon", she's determined to acquire it - and does, during a highly charged auction with the world watching.

During the celebratory press conference, a mysterious Iraqi erupts, claiming Navy Seals and Hussein's Republican Guard looted the mask from the National Museum during the fall of Baghdad. Though dismissed as the ranting of a lunatic, Madison and her employer understand the gravity of the accusation: If true, Madison committed a felony by buying stolen goods and lost a fortune. Madison quickly realizes she's being framed. But by whom? Why? And when the Iraqi is murdered, Madison becomes the prime suspect.

Grasping that she's been betrayed by "friends" and is now being stalked by killers, she runs - determined to clear her name. Madison finds herself on an international odyssey spinning in a vortex of deceit and falls into the arms of a mercenary who just might be able to keep her alive as she fights for her life.

When Harold Robbins passed away, he left a treasure trove of stories. The first of a series, The Looters is a collaboration between the Robbins Estate and Junius Podrug, a good friend whose writing Robbins admired, bringing all the sensuality, suspense and action of a Harold Robbins thriller into the 21st century.

What listeners say about The Looters

Struggled and found it a bit boring.
Was more sex than a story.
:(

Loved the story. I going to listen to all of his books. Couldn’t be better