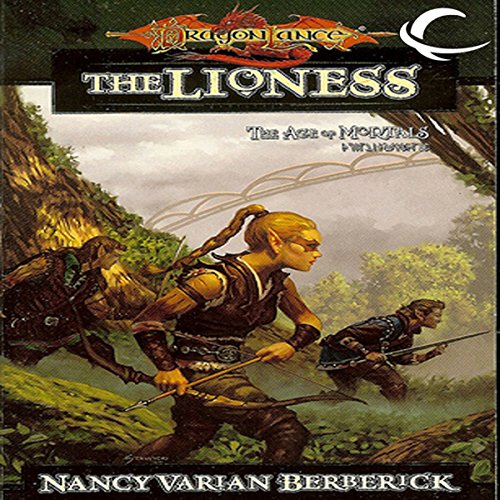 By: Nancy Varian Berberick
Narrated by: Pat Young
Try for £0.00

In the embattled kingdom of Qualinesti, Dark Knights harass the common folk, and the once-proud Elven Senate moves at the will of the green dragon Beryl. Even the elf king walks a tightrope between serving the needs of his people and keeping the dragon's knights peaceful.

Out of these mired politics a mysterious heroine arises, a Kagonesti woman of the forest glades and rocky eastern reaches. She and her loyal band of resistance fighters swiftly become the terror of the Dark Knights. Known to friend and foe as The Lioness, she is the champion of the people who have been bled by the dragon's taxes and ground under the steel-shod boots of the hostile knights.

She is Kerianseray, the king's own outlaw, his secret lover, and his secret weapon.

What listeners say about The Lioness