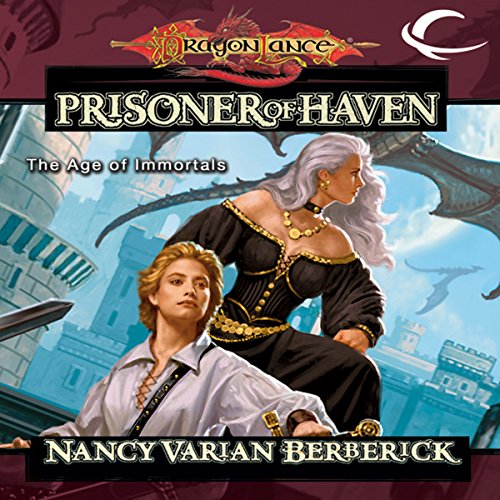 The Prisoner of Haven

The latest title in a series based on characters from the best-selling War of Souls trilogy.

This title is the next in a series that explores the lives of key characters from Margaret Weis & Tracy Hickman's New York Times best-selling War of Souls trilogy. Prisoner of Haven describes events that directly overlap events during the War of Souls, and it features a character originally introduced in Dragons of Summer Flame. Author Berberick also wrote The Lioness, a previous title in this same series.

What listeners say about The Prisoner of Haven

I struggled to enjoy this story. although like most Dragonlance novels, this one pays off in the end. It was a complete bore. that surprised me as I've maybe read two other titles that bored me in the Dragonlance saga. I was hoping Usha wad going to be a more interesting character and the story failed to explore Dezra's character much. the supporting cast faild to encapture me as well. over all i felt this story unforgettable and made little to no impact on the world of Krynn.