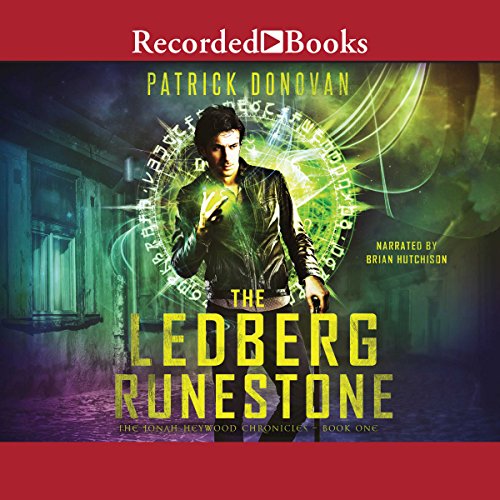 By: Patrick Donovan
Narrated by: Brian Hutchison
Try for £0.00

First in a series, The Ledberg Runestone is a thrilling urban fantasy following Jonah, a hard-living shaman for hire who can make his debt disappear if he can find a legendary stone for a mystery woman loaded with cash. The problem? Jonah's not the only one on a hunt for this dangerous runestone.

Magic: To some, it's spectacle. To others, it's proof that there's more to life than meets the eye. To Jonah, it means one simple thing: money.

A shaman for hire, Jonah knows how to tap into his powers as easily as he can turn on a light switch, but the real money is in putting on a show. That is, until a mysterious woman makes him an offer he can't afford to refuse: $20,000 all if he finds a little thing called the Ledberg runestone, legend of Norse mythology.

With debt collectors like the Carver brothers breathing down his neck, the offer should be tempting, but when they threaten his father's life, it becomes a mission Jonah must take. As he starts to explore Asheville's seedy magical underbelly, however, Jonah soon discovers he's not alone on the hunt. Powerful forces want this stone.

Will Jonah survive long enough to save his father, or will his meddling with the mystical finally get him killed?

What listeners say about The Ledberg Runestone

I really enjoyed the journey in this book. There is a definite mystery that I can't wait to unfold. I will be anticipating the sequel.