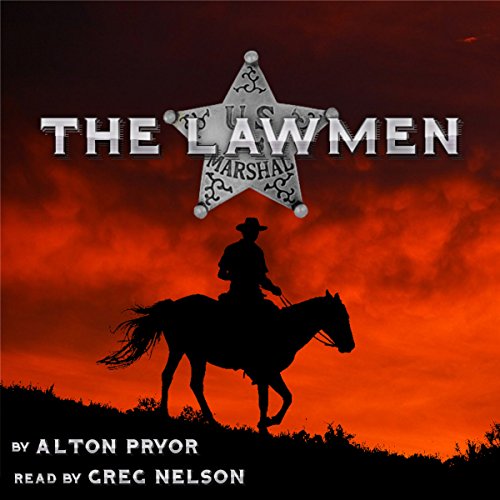 By: Alton Pryor
Narrated by: Greg Nelson
Try for £0.00

Lawmen in the old west played a juggling act as far as the law was concerned. It was necessary for a successful lawman to be both tougher and smarter than the outlaw. In reality, the lawman was guilty of committing offenses that would be punishable if committed by the outlaw. The Earp Brothers were no saints. Marshal Henry Plumber was hanged for crimes he committed while wearing a badge. Most of the sheriffs and marshals wearing badges also played at gambling, often even owning the gambling concessions in the town saloons. As one would suspect, it was gambling that caused much of the trouble in town. The lawmen found themselves both supporting gambling while controlling angry gamblers. Most lawmen were good with guns and practiced daily. Being a second late on a draw against a fast outlaw gunman could spell the difference in which man lived. Western author Alton Pryor has brought a host of western lawmen together in one book.

What listeners say about The Lawmen