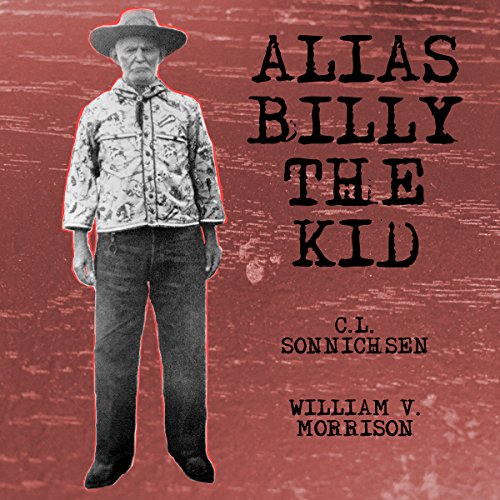 Was Billy the Kid really shot to death by Sheriff Pat Garrett on a July night in 1881? At the midpoint of the last century, an old man comes forth seeking a pardon for crimes committed. He says that he wants to die a free man - and that he is Billy the Kid. The incident leads to this examination of new facts, new interpretations, and new contradictions. It is the story of "Brushy" Bill Roberts, a man who laid claim to a legend. Originally published in 1955 by University of New Mexico Press.

A short but very interesting book about the claim made by "Brushy" Bill Roberts in the 1950's that he was indeed Billy The Kid. Evidence, affidavits that support his claim from people who knew Billy mostly support his claim, and his knowledge (especially for a non-learned man) give a lot of inside information, which I doubt could have been manufactured. His story is amazing, if true. And given the general demeanour of the man I am inclined to believe his claims (up to a point). But I'll now have to look at the other side of the story.

It reads like formula fiction. Not enough credible authenticity. Any old man can spin a yarn. It needs stuff like DNA and finger print technology to sell this story. Billy had his day. I find it hard to believe he did all the thing credited to his legend in all the books in print. One should keep in mind he was a thief and a murderer and could have chosen an honest life. Was Billy the only kid in America that grew up without the advantages of a happy family life? It is truly hard to believe he had the time to do all those things in the very short life he lived, unless of course he lived to be 90 some years old. The story did not convert me into a believer. Just not enough enough evidence to withstand even a moderate amount of scrutiny.