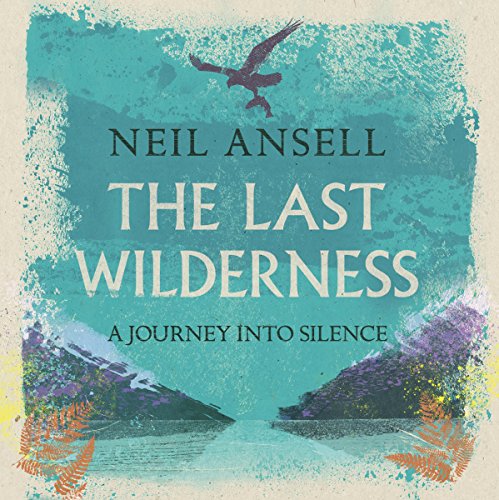 By: Neil Ansell
Narrated by: Peter Noble
Try for £0.00

Neil Ansell's The Last Wilderness is a mesmerising audiobook on nature and solitude by a writer who has spent his lifetime taking solitary ventures into the wild. For fans of the author's previous book, Deep Country, Robert Macfarlane's The Old Ways or William Atkins' The Moor.

The experience of being in nature alone is here set within the context of a series of walks that Neil Ansell takes into the most remote parts of Britain, the rough bounds in the Scottish Highlands. He illustrates the impact of being alone as part of nature rather than outside it.

As a counterpoint, Neil Ansell also writes of the changes in the landscape and how his hearing loss affects his relationship with nature as the calls of the birds he knows so well become silent to him.

"A gem of a book, an extraordinary tale. Ansell's rich prose will transport you to a real life Narnian world that C.S. Lewis would have envied. Find your deepest, most comfortable armchair and get away from it all." ( Countryfile)

What listeners say about The Last Wilderness

this book is just fantastic

I just adored this book. One year in the final wilderness of the British isles and not one mention of bird catching and ringing for the sake of curiousity carried out for its own sake because man is nosey though he couches it in other language. Just the wild places undisturbed by anyone and that’s as it should be. No talk of anyone else just references to sights and sounds when and where they were heard. memories as well and just an all round brilliant book exploring the wilderness as it should be explored not for science or for curiosity but just beause it’s there and might not be for much longer. It’s a well narrated book with no attempt at accents that the narrator perhaps felt he couldn’t replicate and that made it all the better.

This book if for a particular sort of audience. like myself, those whole love the exploration of both nature and one self.

I’ve walked many times in The Rough Bounds and I listened to this sat in traffic in the south east of England. Needless to say I’ve just booked train tickets, got my tent ready and found my midge spray. Absolutely wonderful and made me heart sick for those lochs and hills.

I loved how the writer managed to conjour up images of all of the places he visited, it made me want to pack my bag and hike out of the office up to the wilderness of the Highlands!!

I am an audible addict wirh 100s and 100s of titles under my auditory belt and this story is yp there with the best of them. Exquisite narratives with probably the best narrator I have heard.
Well worth a listen.

After a recent visit to the Scottish Highlands, I decided I'd like to start consuming books about them and came across this. Well read by the narrator - it's always lovely when it feels like the person reading has written the book themselves. Nature in this book is described beautifully and wasn't at all 'airy fairy', with a strong sense of realism. The writer's philosophical views on life, solitude and getting old were a joyful insight.

Exceptionally sincere. If you know, or you want to know m, the you’re there. A monument to an endangered form of human experience. Listen and read it.

A vivid, beautiful journey. Themes of love and loss. The changes of seasons and sights described throughout really generate paintings in your mind.

Loved everything about this book. Will listen to it again right now! Don't hesitate if you like Scotland or nature.