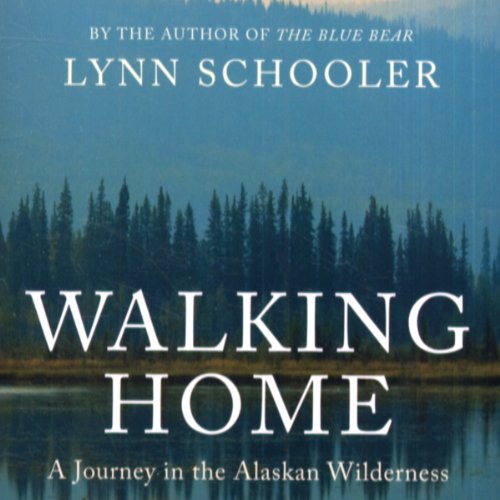 Lynn Schooler had recently lost a dear friend and was feeling his marriage slipping away from him when he set out on a daring journey - first by boat, then on foot - into the Alaskan wilderness to clear his head. His solo expedition, recounted in Walking Home, is filled with the awe and danger of being on one's own in the wild, being battered by the elements and even, for two harrowing days, becoming the terrified quarry of a grizzly bear.

But the formidable, lonely landscape is also rich with human stories - of trappers, explorers, marooned sailors, and hermits, as well as the myths of the region's Tlingit Indians. Relating his journey, Schooler creates a conversation between the human and the natural, the past and the present, to investigate - on a remote and uninhabited shore - what it means to be not only part of nature's wild web, but also a member of a human community in the flow of history.

What listeners say about Walking Home

better off reading this one

good story , a few too many tangents. the narration is terrible. sounded like siri.

Except for two or three interesting stories this "adventure" could have been written at the dining room table with a good map, a history book and a science book.

This is the first book i haven't finished. The narrator puts me to sleep every time.

Has Walking Home turned you off from other books in this genre?

Would you be willing to try another one of Mark Ashby’s performances?

Confronting and healing Self in Wilderness

Yes, I found the narrator's voice nasal and a challenge to listen to, though he pronounces Tlingit and French names well---I would not choose to listen to another book he narrates.

Fascinating to learn about the history of this region of southern Alaska, and the tumultuous, extreme weather around Mt. Fairweather. Least interested in the author's dissolving marriage.

I wonder if the author reading his story would have been more engaging? It may be just my ear, but did not enjoy the author's voice/intonation or lack thereof.

Did Walking Home inspire you to do anything?

Yes, reminded me of how life changing it was to do Outward Bound as a high school senior, and the importance of visionquesting or pilgrimages at significant transition times in my life and many I know and respect.

As one who lives in the Pacific Northwest along the Cascadia earthquake line, I was fascinated by the description of the earthquakes in this region in 1936 and 1958, really appreciated the author's historical and geological knowledge and storytelling.

Boring narrator, and not to exciting story

More history than story and pretty boring. The narrator makes it worse with his monotone.