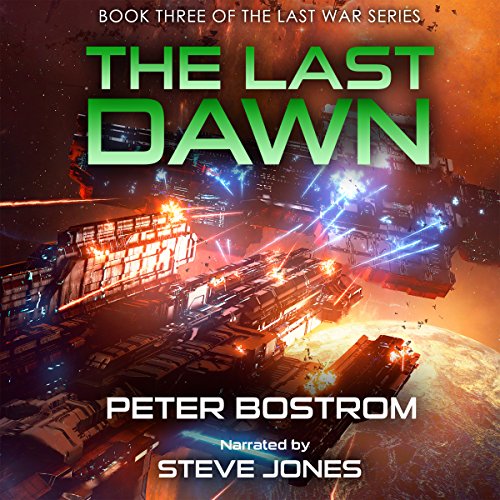 Fear ripples through human galactic society. Another ship travels from humanity's bleak future, targets a populated planet ... and lays it waste in a fiery apocalypse. Nothing survives, and the ship disappears.

In the midst of the recovery, admiral Jack Mattis finds more questions than answers as he tracks down the dreadfully powerful enemy ship. But the most pressing question: why are these mutated humans from the future relentlessly attacking us? What do they want? And at what cost? And are these the same creatures created by the genetic research corporation exposed by Mattis on the planet Chrysalis?

The answers lie at the root of a deep conspiracy that goes beyond governments, beyond corporations. It's a conspiracy that is led by those who will stop at nothing to succeed, and achieve ultimate power over humanity. And as the deadly ship prepares for its final catastrophic strike, admiral Jack Mattis and the crew of the Midway are the last defense between us, and our last dawn.

What listeners say about The Last Dawn

I liked the book, the Peformance was realy good,
The any problem is the wait time between books, a year between books is too long. I would like to see more book alot fast.

Really Enjoying These Series Of Sci Fi Books. Peter Bostrom Is The Best At This I Think
.

May the Spector be with you!

Great Series for Science Fiction at heart! Well written story that is full of action, love and intrigue. I enjoy the Audible version of the story. It's my driving companion to work and back. Good story and narration.