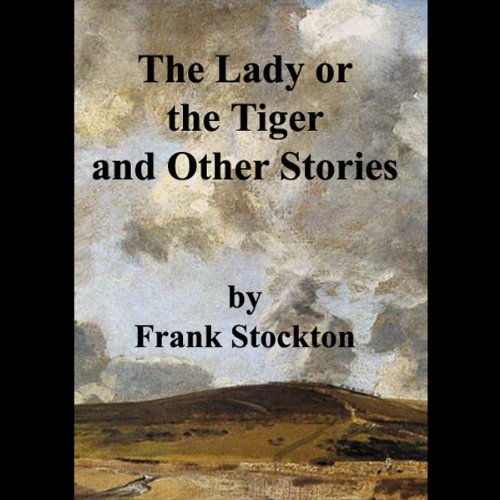 The Lady or the Tiger and Other Stories

The Lady or the Tiger and Other Stories

Frank R. Stockton (1834-1902) was an American writer and humorist. His short stories were very popular in his day and are gaining a new audience today. Stockton used humor to poke fun at human foibles and created fantastic characters that he described in a charming, matter-of-fact way.

His most famous story is "The Lady, or the Tiger?" (1882), about a man sentenced to an unusual punishment for having a romance with a king's beloved daughter. Taken to the public arena, he is faced with two doors, behind one of which is a hungry tiger that will devour him. Behind the other is a beautiful lady-in-waiting, whom he will have to marry, if he finds her. While the crowd waits anxiously for his decision, he sees the princess among the spectators, who points him to the door on the right. The lover starts to open the door and....the story ends abruptly there. Did the princess save her love by pointing to the door leading to the lady-in-waiting, or did she prefer to see her lover die rather than see him marry someone else? That discussion hook has made this story a staple of English classes in American schools.

This volume includes "The Lady or the Tiger" as well as its sequel, "The Discourager of Hesitancy".