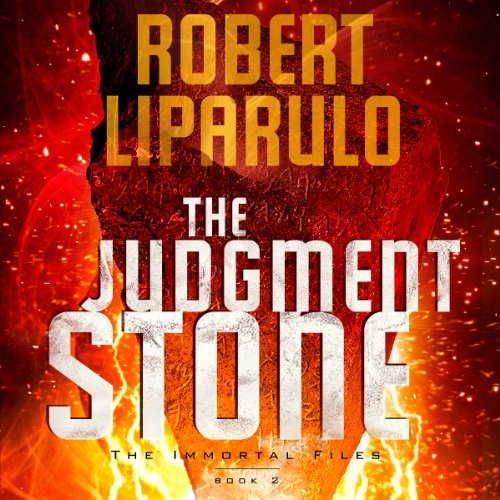 What if praying became a curse instead of a blessing?

Former Army Ranger Jagger Baird thought he had his hands full with the Tribe - the band of immortal vigilantes fighting to regain God’s grace by killing those opposed to Him. But that was before he encountered the ruthless group of immortals called the Clan. The Clan is after a prize that would give them unimaginable power - a piece of the Ten Commandments known as the Judgment Stone.

Those who touch the Stone can see into the spiritual world: angelic warriors, treacherous demons, and the blue threads of light that signal the presence of believers in communion with God. By following the blue beam radiating from those closest to God, the Clan plans to locate His most passionate followers and destroy them.

Jagger quickly realizes his high-tech gadgetry and training are no match for these merciless immortals. But how can he defeat an enemy who hunts believers through their prayers... and won’t stop until they’ve annihilated all those close to Him?

In this high-action thriller, best-selling author Robert Liparulo examines the raging battle between good and evil on earth...and beyond.

Even better than the first!

The heart pounding adventures of the 13th Tribe continues as Jaggar has to deal with both the tribe and an even worse group of immortals called The Clan. He has to leave his wife Beth and son Tyler at the monestary while him and Owen set off to stop the worse evil of the Clan. The Clan has only one goal: to grieve God by killing His people which makes them hard to track down since their acts of violence are random. In this book the supernatural clashes with the natural with heart-pounding intensity. While Jaggar sets of to stop evil, The Tribe attacks the monestary in hopes to kidnap Beth since they are under the impression that she holds the secret on how to be forgiven by God and thus end their immortality (and enter into heaven). There are interesting twists and turns and I trully hope there is more because the ending was spectacular!

Worse read in a long time.

I don't even want spend the time writing a review on something this bad. How can I remove the title?

Incredibly entertaining and much like many of Frank Peretti’s books well worth picking up. Liparulo’s “Immortal Series” is a good reminder that we don’t know exactly what goes on in the spiritual realm but our daily battle throughout our lives has more going on than what we see or know about. Jesus teaches that we may at any time be entertaining angels but be unaware of it. Do we have angels fighting for us in our tough times as Satan attacks us? What about the power of prayer? The two books in this series reminds us that our only real hope in our lives is in believing and standing firm in what the Bible teaches.

Would you listen to The Judgment Stone again? Why?

Yes, I really liked the story.

Will be listening to this story again. Loved it. :)