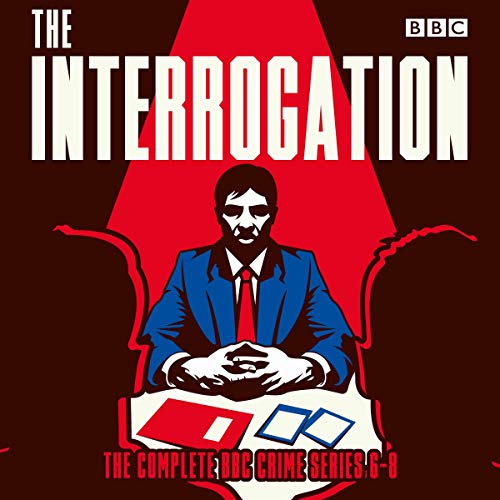 The Interrogation: The Complete Series 6-8

Idiosyncratic detective duo Max Matthews and Sean Armitage are back for three more series, in which they expertly extract confessions from their suspects during the course of one interview. Their relationship has evolved since they were first paired up, back when Armitage was a rookie constable, but their interrogation technique is as incisive as ever.

These 11 compelling dramas all shine the spotlight on a different suspect, each with their own tale to tell - and their own selective version of events. We hear from a wealth of diverse characters including Ross, a young prisoner accused of attacking a fellow inmate; Jack, a respectable writer who has been charged with shoplifting; Dan, whose wife is in hospital after a suicide attempt; and Nadine, a fellow police officer who Sean has known since childhood. As Matthews and Armitage subject them to a grilling, the truth is revealed, in all its messiness and moral complexity.

Created by multi-award-winning playwright Roy Williams, The Interrogation's naturalistic dialogue and virtuoso real-time scenes make it a police procedural like no other, and one that grips from start to finish.

What listeners say about The Interrogation: The Complete Series 6-8

The Interrogation...can’t get enough of this..

I can’t get enough of this! 1-8 series..split into two. Very entertaining and humanistic. Very enjoyable. The banter and the psychological tricks and trails. Superb. Superb acting. I absolutely love the chemistry between Shawn and his boss. Please don’t let this be the last in the series. I sincerely love this author and a brilliant cast. Brilliant entertainment.