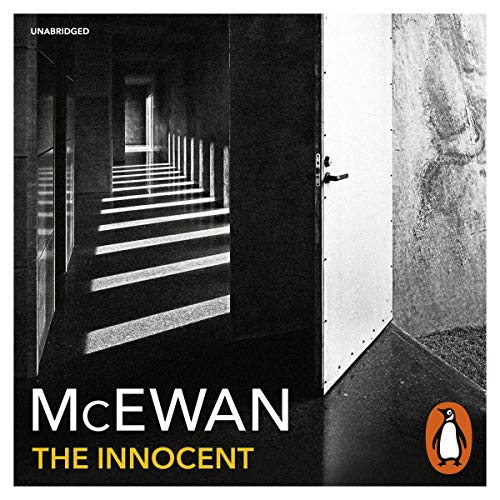 By: Ian McEwan
Narrated by: Steven Pacey
Try for £0.00

The setting is Berlin. Into this divided city, wrenched between East and West, between past and present, comes 25-year-old Leonard Marnham, assigned to a British-American surveillance team. Though only a pawn in an international plot that is never fully revealed to him, Leonard uses his secret work to escape the bonds of his ordinary life - and to lose his unwanted innocence.

The promise of his new life begins to be fulfilled as Leonard becomes a crucial part of the surveillance team, while simultaneously being initiated into a new world of love and sex by Maria, a beautiful young German woman. It is a promise that turns to horror in the course of one terrible evening - a night when Leonard Marnham learns just how much of his innocence he's willing to shed.

What listeners say about The Innocent

A good read with a few turns you woldnt expect.

What made the experience of listening to The Innocent the most enjoyable?

This is a well read book and the narrater does a good job in keeping your interest with his style of narration.

I am a fan of Ian McEwan and think I have read most of his books. They do vary and there seems to be something for everyone somewhere in his book list. This book, set after the second World War in Berlin gives a great impression of what the city and people were like in that time. I have never been a great spy or war enthusiast but this book was interesting and I really got into the main character.

There are so many good characters here, the main character is believable and through the book you seem to follow his maturity and paradigm shift. Interesting perspective and so well written to show the development from shy geek to confident plotter.

This could certainly be a film but in regard to a tag line I really have no suggestion.

Its a good listen and well recommended.

Pleasantly surprised - not quite the spy novel or the ending I was expecting.

I skipped the in depth gore as such things usually do not add anything for me. I still very much enjoyed the story.

Not a John Le Carre but otherwise a good story

Descriptions of spying are misleading. It is merely the framework around which a coming of age story is based. That being said, it is a good read. Reports of gut wrenching violence which people had to skip past are hugely exaggerated. By today's standards, it's nothing.

McEwan at his best. Superb, tightly written masterpiece that showcases the art of concise writing. Never using two words when one will do, McEwan tells the story of a naive Englishman fumbling his way through the world of espionage in West Germany in the fifties. Beautifully paced and tightly written.

A fine thriller capturing both a time in Cold War Berlin and the joy and challenges of personal relationships. Well written and read, it became a classic audiobook 'page turner'. Engaging and satisfying to the end.

a really fantastic narrative, brilliantly narrated, so unbelievably tense at points that I had to turn it off and take a break...

Such a shame, for me this book was a pollutant. It made me feel disgusted at the violence. I couldn't like, or feel anything but utter horror and loathing for Leonard and Maria. What they did was just too shocking and how they went on to lead normal suburban lives was beyond belief. The worst McEwan book I've read. He must be a bit of a nut job to write such stuff.

I am not easily shocked as I work in an operating theatre but the description of dismemberment was quite revolting.

A must read for the genre and for anyone who has ever been or will go to Berlin...