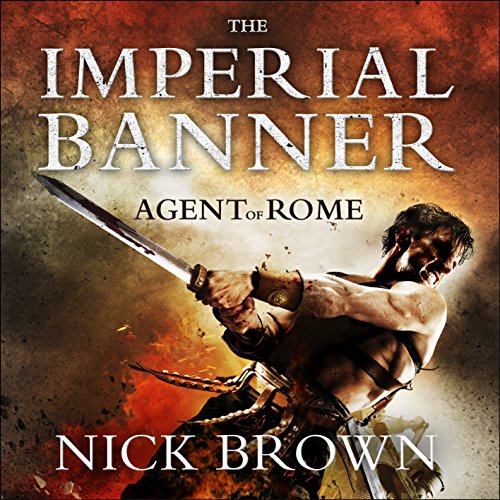 By: Nick Brown
Narrated by: Nigel Peever
Try for £0.00

Faridun's Banner, hallowed battle standard of the Persian Empire, has fallen into Roman hands and is to be returned to the Persians as part of a historic peace treaty. But on the eve of the signing, the banner goes missing.

Recalled to Syria, imperial agent Cassius Corbulo is charged with recovering the flag. Accompanied by his faithful servant, Simo, and ex-gladiator bodyguard Indavara, Cassius must journey across the dangerous wastes of Syria to the equally perilous streets of Antioch. He and his companions face ruthless brigands, mysterious cults, merciless assassins and intrigue at every turn.

What listeners say about The Imperial Banner

Quite a nice quiet read to get lost into the world of ancient Antioch and the rest. Quite long, a bit like a midsummer murders in Syria?

Good story and Good characters. Excellent narrator. Looking forward to the rest of the series.

Much better storylines than rival authors who use Ancient Rome as a backdrop and often rely too much on endless battle scenes .
Great mix of action and narrative

I do hope we will see and hear more of Cassius and his mates. Absolutely wonderful