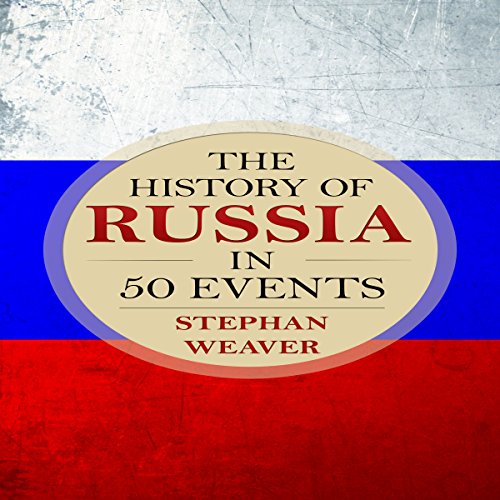 The History of Russia in 50 Events

By: Stephan Weaver
Narrated by: KaiWen Hung
Try for £0.00

Russia is an assortment of the world’s most beautiful cultures and religions. But how did Russia become home to such a diverse population and tradition that is redolent of so many parts of the world? How much does Russia owe to its spellbinding steppe in respect to its unparalleled history? This audiobook uncovers the mystery behind this and many other little known facts about Russia.

This audiobook discusses 50 thrilling events that were the formative days of the state. It relates both the triumphant and sanguinary years, discussing each epoch in crisp yet sufficient details allowing you to thoroughly discover one of the world’s richest nations. The Kievan Rus', Mongol invasion, Tsars Rule, Cold War, Soviet Union, the epic February Revolution - this audiobook chronicles each epoch, from prehistoric to modern Russia.

What listeners say about The History of Russia in 50 Events