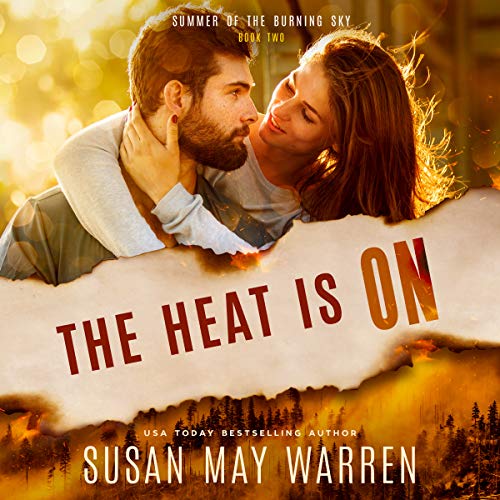 The Heat Is On

When western Alaska erupts in a devastating fire, the elite firefighting crew of the Jude County Smokejumpers is called in to save the day. They’ll do anything to stop the fire, including fighting alongside a crew of local prisoners. The last thing they expect is a jailbreak, and when the prisoners disappear into the forest with one of their own, they’ll have to fight not only the fire but for the freedom of their friends...during the summer of the burning sky.

FBI Agent Rio Parker is tired of playing the bad guy, even if it is for a good reason. Undercover with a group of prisoners to babysit a federal informant, he can’t believe he’s been enlisted to fight a forest fire...or sucked into a prison break. Worse - a female smokejumper has been kidnapped. Now, he’ll have to protect her from a rapist, keep his informant from escaping, and stay out of the gunsights of the US Marshal hot on his trail.

Smokejumper Skye Doyle knew trouble was brewing when the group of prisoners joined the firefight. She never expected, however, to be kidnapped during their breakout. But can she trust a hardened felon to keep her safe? Except, Rio is not who he seems, and when his identity is uncovered, she must decide if she can trust a man who has been lying to her....

But staying alive on the run isn’t their only problem. They’ll have to learn to trust each other if they hope to survive in the second book of the Summer of the Burning Sky.

Light My Fire (Summer of the Burning Sky, Book 1)

Some Like It Hot (Summer of the Burning Sky, Book 3)

Listen to all the novels by USA Today best-selling author Susan May Warren:

What listeners say about The Heat Is On

I got hooked on her books during this wonderful pandemic of ours and the only thing I don't like about this book cuz I love all of her books is why they going so far back into the story when it should have just started where the other one was left off I don't get it.