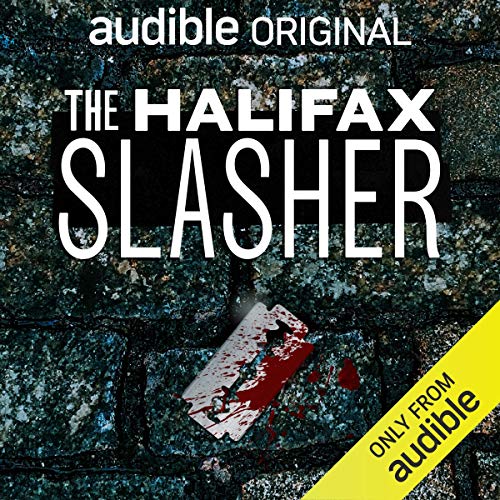 What listeners say about The Halifax Slasher

This is so very good. A lot of True Crime is sensationalist, somewhat sordid & exploits the victims and I avoid it.
This podcast is not that sort of thing at all.
It covers social history, local oral history, the context of both time & place and is a really fascinating story, deftly told.
It's very well-written & researched and Carolyn Pickles is excellent as she leads us through what happened.
Book all those concerned to make more like this!

Couldnt stop listening to it,so interesting i love a true crime story .The end was a total shocker not what i was expecting at all .Brilliant !

The truth is stranger than fiction..

.. and a lot more entertaining. This next bit is just to make up the word count.

I thought this was brilliant, easy to listen and a true story, well worth a listen

I was born & bred in Halifax and had never heard anything about this. It was so interesting & I loved hearing all the different street names & places. Will be asking my family if they have any stories about this, well worth a listen!

I cannot believe the rave reviews.

Why do podcast makers use a loud musical background?

The music background is my first and major complaint, but really this tale could have been told in one third of the time. The narrators sounded like an amateur drama group, and the story, true or not, wasn't worth the effort!

I just feel that I have wasted 4 hours for no purpose at all!

Listened to this over the course of a few days commutes. By the end of episode 5 I was very keen to know what the outcome would be.
The tempo of the shows is very well judged. you don't feel messed about as a listener but there is certainly a sense of dramatic tension building.
The narration is always clear, and the acted parts, though enthusiastic, never descend into pure ham.
recommended

I found this tedious & ridiculous. I would not recommend these stories to any person.

West Riding born and yet this was news to me. A truly interesting story that I will share with all and sundry now!

Interesting to hear Carolyn Pickles as the reader too.

Thoroughly enjoyed the narration and the story as it developed. I was not completely surprised by the ending. Worth the listen.

Surely one of the strangest true crime stories that ever took place. Thoroughly enjoyed this production, probably more so because I am from that neck of the woods.

Narrated by authentic readers and well done. enjoyed it very much. looking forward to the restoration of the story.

Odd that the story essentially exposes (some may say exploits) a serious issue (no spoiler), yet there aren't any of the typical contacts for resources attached. The dramatizations were annoying at first, but became less so later. But ultimately, the story doesn't really support the kind coverage this series provided.