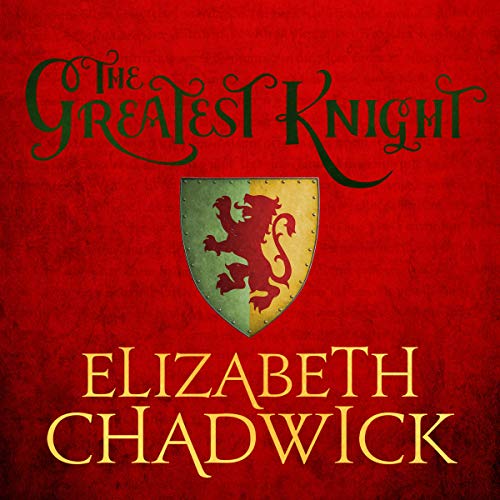 By: Elizabeth Chadwick
Narrated by: Robert Powell
Try for £0.00

What listeners say about The Greatest Knight

This is the first historical genre novel I have listened to and the fact that Robert Powell was reading it was one reason for choosing it.I just love his dulcet tones and the way he portrays the characters. Now I have found out what I have been missing in Elizabeth Chadwicks stories. Superb reading and a great story.
Lovely relaxing way to wind down at the end of the day.

This book is just a good, solid read if you like fictionalised biography. The author has done her homework and produced a vivid biography of one of the most fascinating figures of the high Middle Ages. William Marshall rose to prominence through his knightly prowess, which was unparallelled: it was said that he was never defeated. Even more remarkably, he won, and retained, universal respect through his integrity, courage and judgment. Even those who opposed his political position seem to have held him in high personal esteem. Because of these qualities of character, he held high office under no less than four kings, including serving as protector during the minority of Henry III. If there is a criticism to be made, it is that Marshall's character is a bit flat (can anyone really be this good, all the time?) but this book gives a vivid and enjoyable picture of an extraordinary man who played a unique role in the history of England during the early Angevin empire. Robert Powell's voice is very pleasant, and he reads with good pace and emphasis. Altogether an enjoyable listen.

Not a faithful audiobook

I thought it seemed many of the subtleties were missing from the book this is because large swathes of text has been edited out.

Evocative of the Period

wonderful book with a lot of accurate research. superbly read by Robert Powell.It kept me riveted from the very first page . Would highly recommend to history lovers.

just loved the way it was read and second in the series. I love Chadwick

A great retell, but with so much to tell, it hurried along far too fast, unless you are already aware of the facts it would be difficult to reconstruct the line.
Narrator excellent.

Can be read a bit like a news report at times

Can be read a bit like a news report at times, but the story itself is very well written and very interesting.