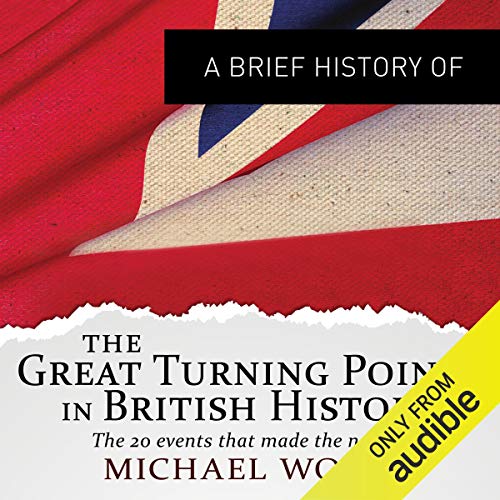 The Great Turning Points in British History: The Twenty Events that Made the Nation

The Great Turning Points in British History: The Twenty Events that Made the Nation

Twenty of the most crucial moments in Britain's history.

BBC History Magazine asked a selection of leading historians to choose and describe the twenty most important turning points in British history from AD 1000 to 2000.

Collected together, their choices present a new way of looking at our nation's story. From the Danish invasion of Britain in 1016, to the Suez crisis in 1956, the key moments include victories (or defeats) both at home and abroad, plague, reform and even revolutions that have reshaped the British way of life.

Each contribution brings the past to life, offering new perspectives and food for debate: did the Battle of Agincourt change England's role in Europe? What was the impact of American independence on Britain? Was 1916 more important than 1939?

"If the Turning Points series - first and foremost wonderful story telling - was taught as a school history course it would excite a new generation." (Christopher Lee)
"Much of interest and value in this short collection of essays. They provoke discussion; they invite us to ponder on our history and to consider what it means to be British." (Allan Massie, The Scotsman)
"Fascinating and thought-provoking" (Suite101.com)
"Wonderful " ( Good Book Guide)

Nice bitesized (20 min) chapters, very helpful if you want to add events to your own internal timeline of British history, great for beginners (like me).

But many of the chapters are too laden with modern moral judgement (did you know that women didn't have equal rights in the 13th century!? 😱). This is what stops the book being an immersive, and by extension, fun, way of learning about British history.

Narrated by a pleasant, dry english accent...just like all history books should be.

A book like this is always going to provoke debate, even if some of the choices seem downright perverse: was the first Battle of Lincoln *really* more of a turning point than the sinking of the White Ship?! But that's the nature of the book and I can live with it. What i had trouble with were the rather too plummy tones of the narrator. Purely a rpersonal choice and others may be fine with it, but it turned me off after a while.