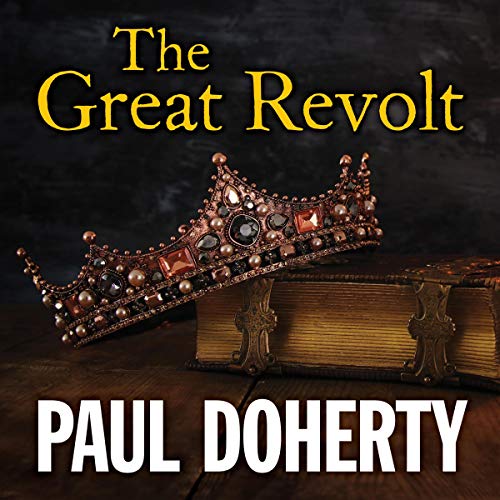 By: Paul Doherty
Narrated by: Terry Wale
Try for £0.00

June 1381. The rebel armies are massed outside London, determined to overturn both crown and church.

Brother Athelstan, meanwhile, has been summoned to the monastery at Blackfriars, tasked with solving the murder of his fellow priest, Brother Alberic. Athelstan would rather be protecting his parishioners at St Erconwald's. Instead, he finds himself investigating a royal murder whilst the rebel leaders plot the present king's destruction. What does the fate of the King's great-grandfather, Edward II, have to do with the murder of Brother Alberic more than 50 years later?

When he finds his own life under threat, Athelstan discovers that exposing past secrets can lead to present danger.

What listeners say about The Great Revolt

Loved it. Always enjoy Paul Doherty. He can take you there. Your like a spectator.