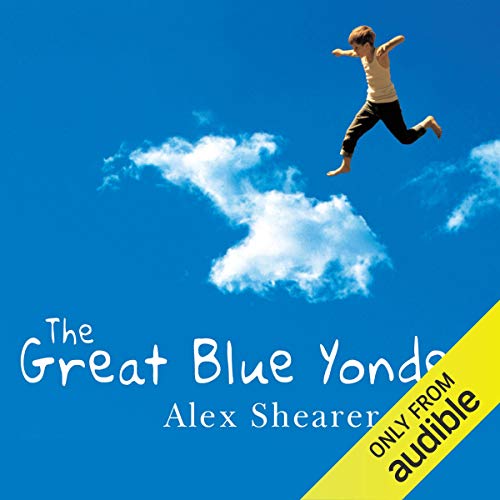 That's what Harry said to his sister, before the incident with the lorry. And now he is just that - dead.

And he wishes more than anything that he hadn't said it. He wishes he could say sorry. And say goodbye to everyone he left behind - his mum, his dad, his best friend Pete, even Jelly Donkins, the class bully.

Now he's on the Other Side, waiting to move on to the Great Blue Yonder. But he doesn't know how to get there - until he meets Arthur, a small boy in a top hat, who's been dead for years, who helps him say goodbye....

"Sound strange? It is. It is also amusing, poignant, and deeply moving. A great main character and unusual topical matter combine to make a unique winner of a book that will leave readers laughing through their tears." (School Library Journal)

If you could sum up The Great Blue Yonder in three words, what would they be?

When he saw Harry's friend playing with Jelly Dunkin and was offended by it.

This is a very nice book. It has a nice story with funny moments. My kids and I listened to this book in the car while traveling to school. They loved it . I also like the narrator.