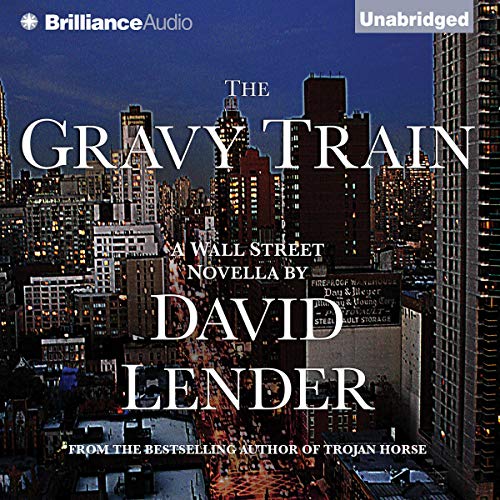 By: David Lender
Narrated by: MacLeod Andrews
Try for £0.00

During an historic Wall Street boom, young MBA Finn Keane gets to perform on the world’s stage when he’s hired by the investment banking powerhouse Abercrombie, Wirth & Co. His first deal involves the acquisition of Milstien Stores by Kristos & Company. However, as soon as the business is handed over to founder Nick Christanapoulas’s ineffectual son-in-law, one of ABC’s senior managers, Jack Shane, engineers a risky financing that drives the business into bankruptcy. In the process, Shane demonstrates to Finn how Wall Streeters operate. Finn realizes that the financial world is populated by egomaniacs, and he is determined to help Nick buy back his company. When Shane and his cohorts hear of the plans, they threaten Finn’s life and expose his new girlfriend’s sordid past, because all along, they wanted to carve up this business for themselves. Little do they know what surprises Finn has waiting for them.

A tense thriller, The Gravy Train by David Lender provides an eye-opening exposé not only of Wall Street investment bankers, but also of their lawyers and financial buyout clients. This intriguing and skillfully developed plot is sure to keep listeners absorbed until the end.

What listeners say about The Gravy Train

Good story on what is wrong with Wall Street

The writer does a good job making this subject very intresting instead of dry. You cannot help but root for the first year member of the firm. You also will have no trouble wishing the rest of the firm ill. That said, this a good explination in how investment bankers make their money at the expense of everyone else.

Only for the Boys and their Toys

This is a pretty lame "thriller" about Wall Street during its recent boom, with a young MBA buck fresh out of school hired by investment bankers to help manage their fervent business. The character is boringly-likable -- a Horatio Alger archetype with a vague, hurt past. He's thrown into a deal, way over his head, and has on one side, a sociopathic boss who is Out To Get Him for reason even this boss finds mysterious ("He wondered again what it was about the kid that rubbed him the wrong way") , and on the other, a Millionaire Client With a Heart of Gold who takes him under his wing for reasons NO ONE can fathom. I kept waiting for the old man to make a pass at him! It would have added some needed depth to both characters.

Add to this the absolute dearth of female characters. In the opening scene, a plump girl from grad school has it made clear that she is too ugly for anything but friendship. In the big city, our lad meets the "Geishas" - the on-salary whores of the Investment Banking Firm - who are flawlessly gorgeous, stand around the office as set dressing and have sex with the corporate officers and clients as ordered. Naturally, one falls instantly in love with Our Hero, despite his lack of money and status. Cause, yeah.

I continued listening to this story with a slight hope that eventually the Geisha (the author's designation, not mine), (described as "smart" by Our Hero, but evidence is lacking), would be the one to come up with the scheme that Saves The Day. She doesn't. She gets beaten up by one of the Bankers, but tells Hero "It's okay, it's happened before", so he doesn't do anything except screw the banker out of a deal. Oh, did I spoil something? Were you STILL planning to read this drivel?