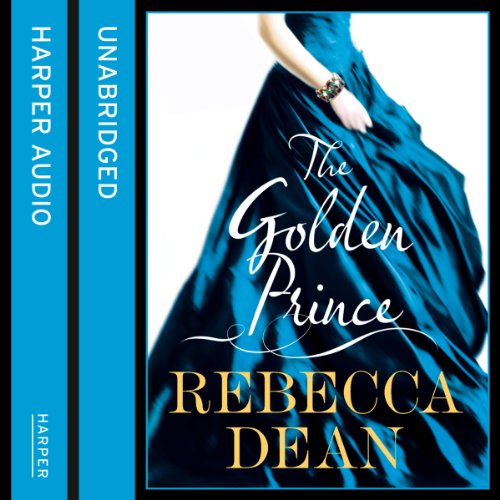 Edward VIII became notorious for abandoning the throne for Mrs Simpson, but in the summer of 1911 he was a prince straight from the pages of a fairy-tale. Raised by the harsh disciplinarian King George V and his unfeeling Queen Mary, the prince longed for the warmth that had been deprived of him.

The high society Houghton girls' lives however, were full of fun, both at their magnificent family seat Snowberry, and at the whirlwind of glamorous parties which punctuated their lives. When a moment of serendipity brings Edward and Lily Houghton together, the pressures of a stuffy court are replaced with the lightness that Edward has dreamt of.

But a future monarch could not choose his own Queen, and even an enduring love might falter under the furious gaze of a King. Could the devotion of Edward and Lily triumph against him and the impending doom of World War I? Or would they bow to the inevitable and set in train events that could bring down the Crown, and change the course of history forever?

I enjoyed Enemies of the Heart a lot and purchased this in the hopes of an equally good listen. I was disappointed. The Golden Prince is proving a struggle to get through (ALMOST finished - phew!). All the details about royal customs and the intricacies of European royal alliances just bore me and I am not awestruck. It beats you over the head with a hundred variations on the theme of Oh wow, an-ordinary-girl-is-talking-in-an-ordinary-way-to-a-real-prince! How amazing!" Yeah, I got that first time around. Still not awestruck.

Both central characters are wishy-washy, boring, immature and totally uninteresting. The only reason for the two-star rating (rather than one) is the other sisters and their stories. Wish the book had been only about them.

The narration is good, apart from the excruciating "French" and "Russian" accents. Oh dear.

But I do recommend Enemies of the Heart.

This turned out to be not only a brilliant novel but left me wanting more. I thought it may have been the same old story and was surprised by the sensitivity, fun and exasperation expressed by the author which completely drew me into the storyline. Highly recommended.

I found this book excellent, it was fast paced, and though not a royalist myself, it did make me realise how little privacy the monarchy enjoy.

this story got better and better as it went along - need a sequel Rebecca!!!!

A more plausible storyline, or at least a lot less of the Mills&Boon. This has been likened to the works of Philippa Gregory. Well, both authors write fictional accounts of the lives of historical characters. That's where the similarity ends. I've got about four hours left to go, and I'm not sure I'm going to make it. Romance is one thing, but this is just unbelievable, soupy nonsense. Edward VIII, and the period in question, are both fascinating and rich in character and history. This book is a Harlequin novel with the British royal family thrown in. The actual facts, like Bertie's stammer, were laboured to death. The scenes where George V was reflecting on various things were ludicrous. If you're looking for a flimsy romance novel with a few historical characters thrown in, you may enjoy this. If you like a little history with your historical fiction, tread carefully.

A note on the narrator ... I think she did a fair job given the quality of the material, however, there were a lot of mispronunciations: saverich for Tsarevich, the word "says" always rhyming with "days", all with a frequency which I found grating.

What could Rebecca Dean have done to make this a more enjoyable book for you?

Have somebody else research and write it.

Disappointment for sure. I've had this book on my wish list for a long time. You can probably guess that I've discreetly removed any other Rebecca Deans from my list.

so I gave it 3 stars - I don't think it was advertised as such, however. I downloaded it becasue I like historical fiction for its setting details - and they were scant here. I thought this novel might provide some "conjectural history" on why Edward VIII became a king who would become Duke.The frustrating part is that the author invents a relationship for the young prince that could have been a springboard to conjectural pyschology for later developments - but she never really takes the plunge. The golden price at the end of the story shows little kernal of the later Duke of Windsor. If this had been teased out more, the novel would have been noteworthy. Instead it seemed just silly in many places to me.

However, if you're looking for a reasonably priced light historical romance (without the standard cliched bodice ripping and rake-to-be-reformed), this might be worth it.