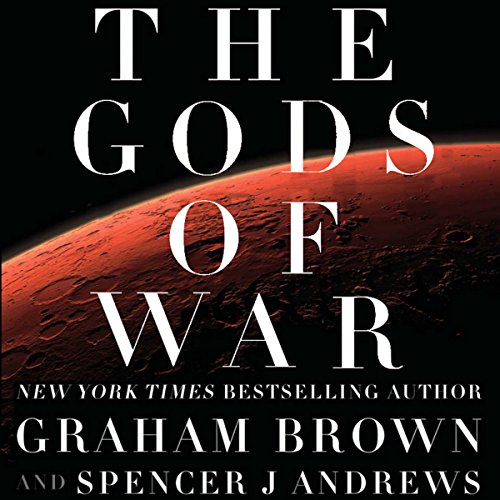 The Gods of War

In the year 2137 the world stands on the brink of ruin.

Pollution, war and overpopulation have darkened the skies, photosynthesis is failing and most of the Earth's 20 billion souls face starvation and death. The only hope for survival lays with the fertile fields of Mars, where a 30-year terraforming effort is turning vast swaths of the red planet to green.

But to the leaders of the Cartel, a conglomeration of the world's most powerful families, using Mars to feed the overpopulated masses of the Earth is a waste of resources. They have another plan - take Mars for themselves and leave the Earth to self-destruct on its own.

The only thing standing in their way is the idealistic President Jackson Collins, head of the United World Government and unquestioned leader of the World Military Forces, who believes that humanity must rise or fall as one.

As the tide of war rises, James Collins, the President's son, a lifelong soldier and a weary veteran of his father's military campaigns, returns from the field disillusioned and doubtful as to whether humanity is even worth saving. Though he wants nothing more than to walk away, James soon finds himself drawn into the swirling vortex of battle and caught in the titanic struggle that will decide the fate of two worlds.

What listeners say about The Gods of War