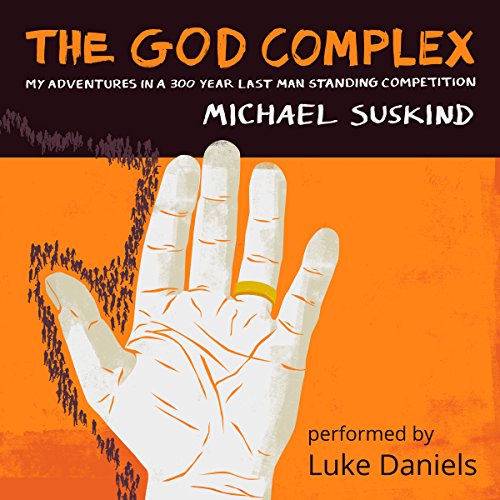 Performed by the extraordinary Luke Daniels!

In 2021, a worldwide Competition of seven billion people - every man, woman and child on earth - begins. In strange...often comic...sometimes frightening...ultimately lethal Events, participants battle against each other.

M would love to give up. After 300 years of desperately trying to survive the crazy, always surreal Events, he is finally done.

The only thing that has sustained him until now is the dream of being reunited with his beloved wife and two young children, whom he hasn't seen since the Competition unexpectedly began. But slowly he has come to realize this is pure fantasy.

Now in his 45th Q&A Event, he is ready to give the wrong answer to the random, obscure question and take a dive.

But then Jonathan appears. A stranger, who's really not a stranger at all, prevents M's fatal exit from the Competition.

Jonathan's relationship to M began long before the start of the Competition, something that only he knows. It is this deeply personal connection to M that becomes the driving force in Jonathan's quest to reunite M with his wife and children.