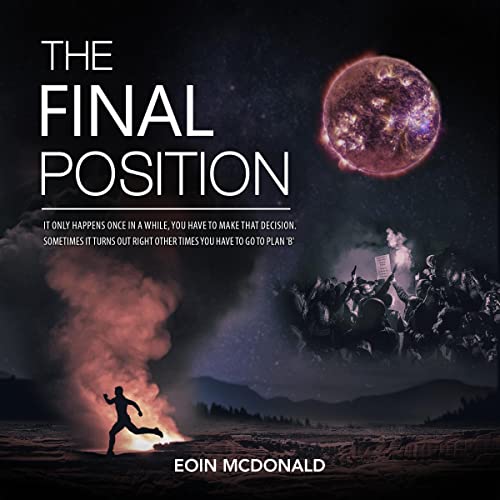 By: Eoin McDonald
Narrated by: Sean Posvistak
Try for £0.00

Surfieron is an inhabitable planet in the W26 area of space. It was discovered back in 2017, and it was shown to have signs of liquid water. When the first explorers arrived they found other groups of humanoid species living there. Some were primitive others had technological advancements. Soon settlers arrived with high ideals. They were Onewayers. Since then a thriving community has evolved with people coming from all over the Earth; as Earth disintegrated under meteor showers, the division and dissension of society, and plagues.

Five generations later have we learned anything?

Henriek descended from the great Teratama, the founder and Chief Herdsman of the Suotsuy nation. He knew little about his heritage, because his mother had assimilated into the Celtonic society, and as far he was aware he never knew his father. Growing up wasn't easy in an evolving society.

Thomas Tutanakye took control of the developing country of Gambolina by stealth. He was ambitious and desired to rule supremely. Piece by piece, and bit by bit he shaped the proletariat into a submissive force. That wasn't enough for him, he wanted to be Divine ruler.

His wife, Jocelin had her own agenda. Bored of a husband who was only interested in his own ego-driven ambition, she slipped into a disposition of satisfying her own desires.

What listeners say about The Final Position