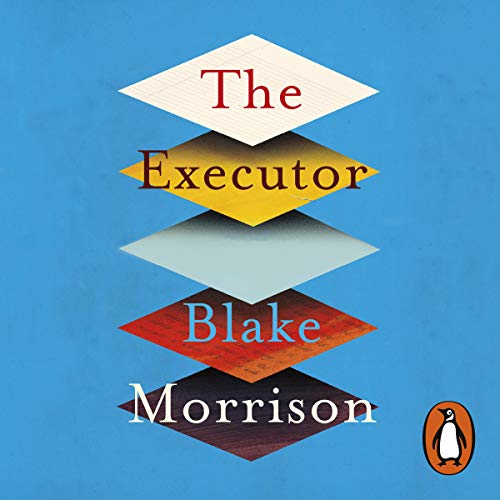 By: Blake Morrison
Narrated by: Adam James
Try for £0.00

Random House presents the audiobook edition of The Executor by Blake Morrison.

What matters most: marriage or friendship? Fidelity or art? The wishes of the living or the talents of the dead?

Matt Holmes finds himself considering these questions sooner than he thinks when his friend, the poet Robert Pope, dies unexpectedly. Rob had invited Matt to become his literary executor at their annual boozy lunch, pointing out that, at 60, he was likely to be around for some time yet. And Matt, having played devotee and apprentice to ‘the bow-tie poet’ for so long, hadn’t the heart (or the gumption) to deny him.

Now, after a frosty welcome from his widow, Matt sits at Rob’s rosewood desk and ponders his friend’s motives. He has never understood Rob’s conventional life with Jill, who seems to have no interest in her late husband’s work. But he soon finds himself in an ethical minefield, making shocking and scabrous discoveries that overturn everything he thought he knew about his friend. As Jill gets to work in the back garden, Matt is forced to weigh up the merits of art and truth. Should he conceal what he has found or share it? After all, it’s not just Rob’s reputation that could be transformed forever....

What listeners say about The Executor

The Executor by Blake Morrison

An awful book. I stuck it out to the end hoping something would happen. It didn’t. Complete waste of my time and money. A self indulgent pretentious book full of the F word and second rate poetry. If l had wanted a poetry book l would have bought one. I can’t understand why the Times rated it. I could not see the point of it at all. I have never read Blake Morrison before. Perhaps he is always like this, l don’t know but l won’t be listening to or reading any more of him.