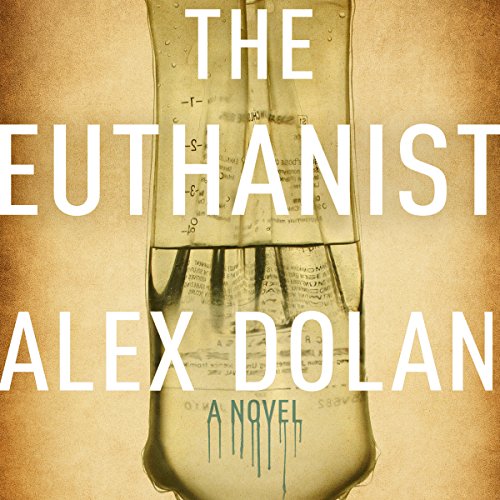 In this auspicious debut, Alex Dolan announces himself as a virtuoso of psychological suspense and a rightful heir to masters of the genre like Gillian Flynn and Megan Abbott.

A young woman helps to end the lives of people with terminal diseases, her reasons her own. When she helps the wrong person, she will be roped into a plot to gain vengeance on behalf of dozens. Her journey will make her question everything she ever thought she knew about herself. And the last life she ends may be her own.

They know her as Kali. She is there to see them off into the afterlife with kindness, with efficiency, and with two needles. She's been a part of the right-to-die movement for years, an integral member, complicit in the deaths of 27 men and women, all suffering from terminal illnesses. And she just helped the wrong patient.

Leland Moon has been with the bureau for his entire career, but even as a respected agent, he was unable to keep his own son from being kidnapped on his way to school. When his boy finally came home, he told terrifying stories of his captors, and his nightmares haven't stopped since. Moon draws Kali into his mission, a mesmerizing cat-and-mouse game with two ruthless predators - one behind bars, one free - who hold the secrets that could bring comfort to the families of their victims. This powerful journey toward grace and toward peace will force both Leland and Kali to question everything they believe to be true and just.

Better than I expected!

I thought maybe this would end up being heavy on the right/wrong aspect of euthenasia, but it's actually more mystery/thriller. The story was great - kept me going to the end - but the narration was so-so for me. Her voice was fine, but difference between characters was not always clear.

It kept me guessing. i loved listening to it on my daily walks. I would recommend it.

Narrator swallowing and catching her breath was so distracting! She was great and the story was great, but it sounded like she was dehydrated or something. She kept pausing in between words and swallowing loudly. It felt like I was listening to someone chew, it was difficult to listen to.

What did you love best about The Euthanist?

The situation of the narrator

What other book might you compare The Euthanist to and why?

Don't know about that

Which character – as performed by Mhari Sandoval – was your favorite?

I think the building of the situation detail by detail was what moved me.

The reader - Mhari Sandoval - did an excellent job of making the story gripping and fun to hear.

It was a good six hours until the plot started actually working. Before that there were plenty of dramatic scenes. Action in the form of fight scenes and commotion is not my type of thing. For all that fuss, the plot and resolution were fairly simple and unremarkable.