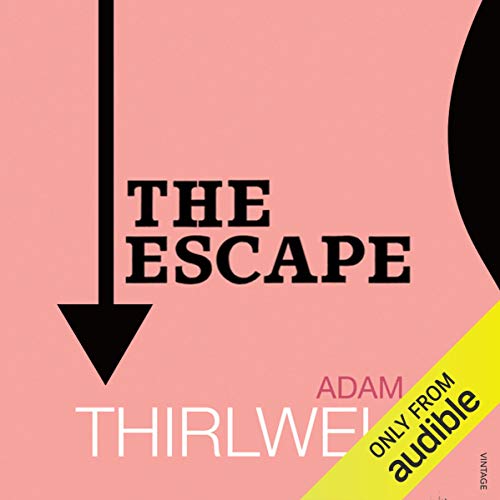 The more I knew of Haffner, writes Adam Thirlwell in The Escape, the more real he became, this was true. And, simultaneously, Haffner disappeared.

In a forgotten spa town snug in the Alps, at the end of the 20th century, Haffner is seeking a cure, more women, and a villa that belonged to his late wife. But really he is trying to escape: from his family, his lovers, his history, his entire Haffnerian condition. For Haffner is 78. Haffner, in other words, is too old to be grown up.

Adam Thirlwell was born in 1978. He is the author of Politics, The Escape, Miss Herbert, and Kapow. He was named as one of Granta's Best of Young British Novelists in 2003 and again in 2013. He lives in London.

"A witty, irreverent and elegiac new novel... Haffner is a Quixote of our time" (New York Times Book Review)
"A novel where the humour is melancholic, the melancholy mischievous and the talent startling" (Milan Kundera)
"In The Escape, you can practically see Bellow's Augie March, Roth's Mickey Sabbath and Martin Amis's John Self applauding, ghost-like, from the margins... The novel fizzes with intelligence, verbal skill and humour" (Simon Baker, Observer)
"Beautifully written, poignant and clever... Thirlwell has a genuinely unique insight into humankind" (The Times)
"The Escape is one of the best British novels I've read this year for one reason; Thirlwell's prose. At once effervescent and elegant, his narrative voice lifts the novel's lecherous comedy beyond the sublunary lovers' antics into a more rarefied sphere" (Sarah Churchwell, Guardian)

Has The Escape put you off other books in this genre?

If you could play editor, what scene or scenes would you have cut from The Escape?

Just not for me, although I got to the end