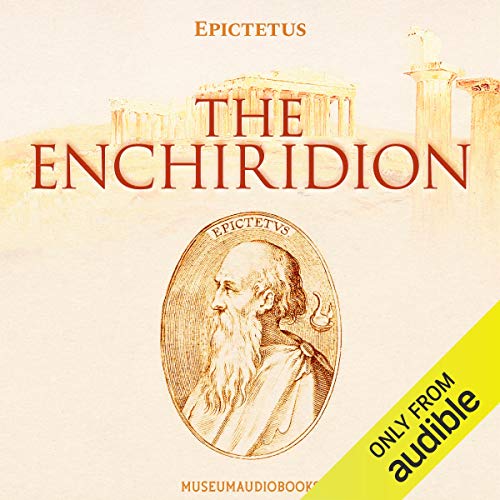 By: Epictetus
Narrated by: John Winston

The Enchiridion is a collection of the most profound teachings of Epictetus (c. AD 55-135), who taught that philosophy is a way of life and not just a matter of theory. The Enchiridion is a canonical text of Stoic philosophy and contains all the fundamentals. Among them is the principle of not being concerned with that which is out of one’s control. Misfortune should not disturb the individual at all and should not be perceived negatively. Epictetus teaches that the only genuine value exists in virtuous action and accepting everything that happens in the world. He believed that one should do what is right and remain indifferent to criticism.

Epictetus was highly regarded by the Roman emperor Marcus Aurelius, the early Christian philosopher Origen, and the Neo-Platonist Simplicius of Cilicia, among others. His philosophy features in popular novels like A Man in Full by Tom Wolfe and A House for Mr Biswas by V. S. Naipaul.

What listeners say about The Enchiridion