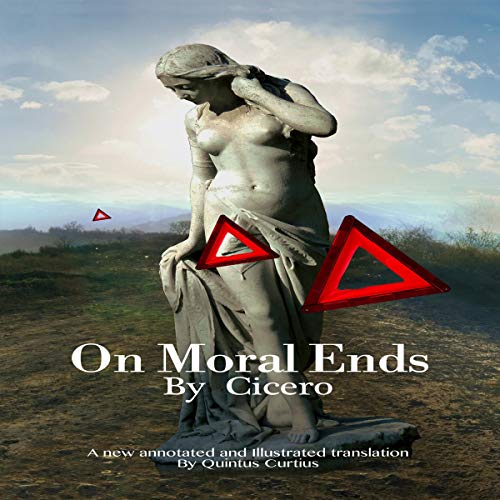 Marcus Tullius Cicero (106 B.C.-43 B.C.) is one of the seminal figures in the history of Western philosophy, politics, and letters. On Moral Ends (De Finibus) is considered by many to be his most important work in philosophy. In a series of stimulating dialogues, Cicero seeks to answer the question "What is humanity's Ultimate Good?" by examining the ethical systems of three different schools of thought. In so doing, he reveals powerful and startling truths about wisdom, virtue, and our deepest desires.

This modern, original translation of Cicero's elegant Latin text makes On Moral Ends accessible to a new generation. Clear, lucid, and faithful to Cicero's majestic style, this volume enables the motivated student or self-learner to grasp the main tenets of Epicureanism, Stoicism, and the philosophy of the later Platonic Academy like never before. At long last, here is a translation that is accessible to all, just as Cicero originally intended his work to be.

Quintus Curtius is the pen name of attorney and translator George J. Thomas. He has previously translated Cicero's On Duties and Stoic Paradoxes, as well as Sallust's Conspiracy of Catiline and War of Jugurtha. He resides in Kansas City and can be found at www.qcurtius.com.

What listeners say about On Moral Ends

A really enjoyable voyage through the nuances of Natural Law. I'm definitely going to read nor Cicero after this one!