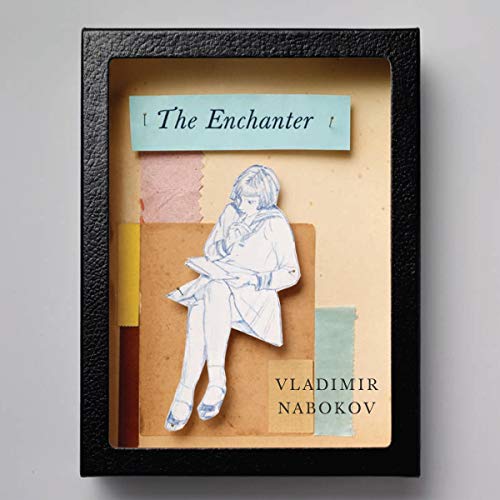 By: Vladimir Nabokov
Narrated by: Christopher Lane
Try for £0.00

The Enchanter is the Ur-Lolita, the precursor to Nabokov’s classic novel. At once hilarious and chilling, it tells the story of an outwardly respectable man and his fatal obsession with certain pubescent girls, whose coltish grace and subconscious coquetry reveal, to his mind, a special bud on the verge of bloom.

One of the 20th century’s master prose stylists, Vladimir Nabokov was born in St. Petersburg in 1899. He studied French and Russian literature at Trinity College, Cambridge, then lived in Berlin and Paris, where he launched a brilliant literary career. In 1940 he moved to the United States, and achieved renown as a novelist, poet, critic, and translator. He taught literature at Wellesley, Stanford, Cornell, and Harvard. In 1961 he moved to Montreux, Switzerland, where he died in 1977.

“A gem to be appreciated by any admirer of the most graceful and provocative literary craftsman.” ( Chicago Tribune)
“One of the best books of the year . . . [ The Enchanter] displays the supple clarity of a master.” ( The Boston Globe)
“Nabokov writes prose the only way it should be written, that is, ecstatically.” (John Updike)

What listeners say about The Enchanter

Like the back of the novels says, 'the Enchanter' is "the Ur-Lolita, the precursor to Nabokov's classic novel." A short, quick novella that flirts and throbs with similar themes as 'Lolita', but also a terrible infant work that explores the themes of maddness, indulgence, obsession and fantasy that Nabokov's novels like Despair and Pale Fire also explore. A mad king who reigns in his lecherous and multi-level hell of his own impulses. Distilled down, reading 'the Enchanter' is like eating powdered Nabokovian Jello out of the box. The sweetness quickly disolves in your gut into clumpy images of boiled bones, connective tissues, and the intestines of small, lecherous dead animals.

A great introduction to Nabokov

If you could sum up The Enchanter in three words, what would they be?

What was one of the most memorable moments of The Enchanter?

The final few minutes of The Enchanter is so visual, so movie-like, that to appreciate them fully you should close your eyes and listen in a quiet room.

What does Christopher Lane bring to the story that you wouldn’t experience if you just read the book?

For some reason a British accent is required - in my mind - for the proper evocation of Nabokov's style. Mr. Lane does the reading justice.

I agree with Darryl - an earlier reviewer. The Enchanter is a perfect introduction to Nabokov. Not only is this audio version nicely done, but the commentary, both before and after, add insight and will urge the listener to sample this wonderful writer's other works. As with all his stories, Nabokov's The Enchanter demands your attention. Don't try listening and chewing gum at the same time!

Finally Nabokov is coming out on audio and over the next few months several titles should become available. As for the Enchanter, much of what will become Lolita is here, with certain twists. Many images and scenes used later show up here and it's interesting for a fan of VN to track early occurrences. The reader is new to me but does a good job and it will be interesting to see who reads the novels coming up. But what else needs to be said, it's Nabokov and I can't wait to be re-immersed in the best stylist since Melville & Moby Dick. Get with VN now and prepare yourself for what's to come, there are a couple of mind-benders coming that happen to be my favorites: Pale Fire, Invitation to a Beheading, and Bend Sinister, but you can't go wrong with him and I hope more people through this exposure finally come to realize what they've been missing. VN is brilliant, funny, poetic, and thought provoking and the Enchanter is just the tip of the iceberg.