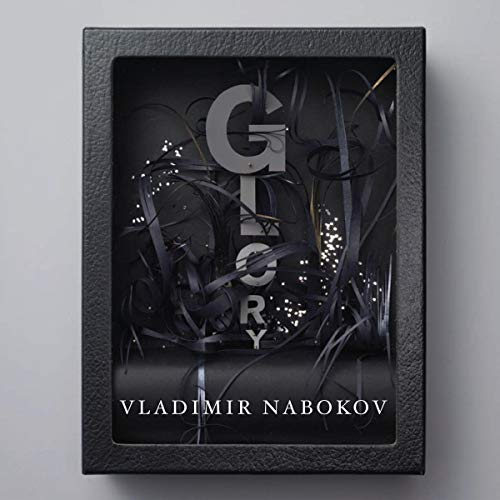 By: Vladimir Nabokov
Narrated by: Luke Daniels
Try for £0.00

Glory is the wryly ironic story of Martin Edelweiss, a 22-year-old Russian émigré of no account, who is in love with a girl who refuses to marry him. Convinced that his life is about to be wasted and hoping to impress his love, he decides to embark upon a “perilous, daredevil project” — an illegal attempt to reenter the Soviet Union, from which he and his mother had fled in 1919. He succeeds — but at a terrible cost.

“Nabokov writes prose the only way it should be written, that is, ecstatically.” (John Updike)

What listeners say about Glory

White émigré version of This Side of Paradise

Nabokov is an intimidating writer. It is hard to imagine someone who can write so beyond most 'literary' writers in his 3rd language. While Glory was originally written in Russian, and translated by Nabokov's son Dmitri, it still is a prose masterpiece. For me it was a White émigré version of This Side of Paradise. I loved it. Luke Daniels reading is clean, understated and carries a precision of timing and tempo that Nabokov's prose demands.

Glory, although excellently written, lacks the overt brilliance of other Nabokov classics. The story is the non-story of a young man???s journey seeking fulfillment. There is a real sense that Glory embodies Nabokov???s obverse brilliance ??? which is quite tantalizing yet less satisfying (to me anyway) then most of Nabokov???s other novels. I would not recommend this as a first Nabokov novel, indeed perhaps it should be the last ??? as observing the author through this work was most of the fun.

One of my favorite early Nabokov books; so beautiful, and wonderfully read.

I quit half way through.

It isn't fair for me to say how much I did not like this book. It just was not MY kind of book. At 3 hours of listening I realized I was still waiting for something to happen.