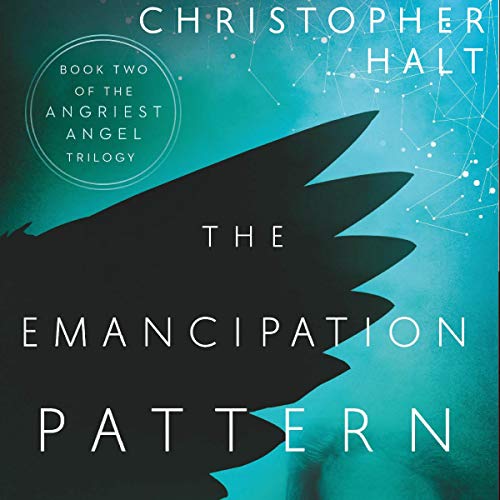 The Caelans: they look and act like us, but they are not from this planet. They’ve lived here for years, blending in by using a mental ability called psy. And now some among their normally-peaceful ranks have become infected with anger.

Felon Chase Madison’s ADHD makes him immune to the Caelans’ power, putting him in a unique position to help. But when Avery - an uninfected Caelan - befriends him, he begins to fall in love with her.

Believing himself to be inadequate, Chase distances himself from his new friends and goes back to his old life. But when he uncovers the shocking identity of the man who shot Avery, he’s forced to return to the Caelans and explain to them that they are all in grave danger.

As they attempt to manage the crisis, Chase quickly realizes that their innocent nature makes them incapable of handling the evil headed their way.

Despite all efforts to put his criminal past behind him, Chase is forced to call upon those skills in order to help Avery and her people. But will that be enough? The villain is revealed to be the most powerful man on the planet. And Chase’s only clue in how to defeat him is something that the Caelans refer to as emancipation.

Fantastic storyline. Chase Madison and Avery make an interesting pair though they encounter obstacles. The Caelans are a race who practice non-violence. Now there are a few of them beginning to show anger and hostilities towards the humans. Very interesting and exciting concept. I am waiting for the next book to come out ASAP. Christopher Halt is a talented writer and the story flows smoothly throughout with a brilliant performance by Eric Michael Summerer. Well worth a credit.

Absolutely Loved it. Christopher Halt has managed to satisfy a long search for a good and very well written sci-fi/romance story. Character development was in depth and insightful, the pacing was great, there wasnt a single moment where I wasn't interested in what was going on, there was just enough detail to describe each setting, concept, and imagery in the book to provoke imagination and wonder. I'm beyond STOKED to continue to the next installment in the series.
Wonderful performance by Eric Michael Summerer in bringing Christophers works to life. I don't think anyone else could have narrated these as well as he has.
Thanks for the absolutely Magnificent experience so far!!!!