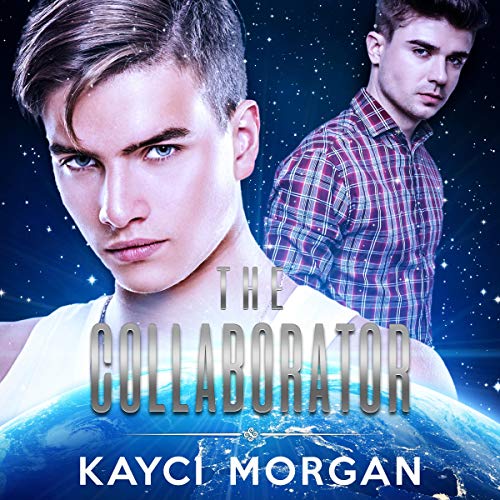 They conquered Earth in a single day. After aliens invade the planet, Clark's father goes missing. In hopes of finding out the his father's fate he joins The occupation as a protector. While serving the aliens, he meets Lex, a charismatic commander with an endearing smile. Clark is on a mission, but finds himself distracted by Lex's charms. To fall for the alien commander that led the invasion of his planet would be beyond betrayal. But at the same time, getting close to Lex might be the key to finding out what happened to his father.

Lex has spent his entire life believing in the utter superiority of his species. Now he finds himself in a human body experiencing emotions completely foreign to him. Bit by bit, pieces of his pragmatic alien heart fall away into something new, something warm, something human. Will Clark be the one to teach him what it means to love? Or will he be the one to destroy him? Perhaps both. Only time would tell and he couldn't wait to find out what Clark would do to him once given the opportunity. This is a stand-alone enemies become lovers M/M scifi romance with a HEA.

What listeners say about The Collaborator

The story is interesting and reminded me of elements of ‘the host’ , there is a clear LGBT focus to the story and I found this engaging, the earth has been taken over by body snatching aliens. It took a little while to get going but once It did I loved it, some elements very predictable. There was potential for it to have been padded out more and left me muting over what I’d have added or developed if I was to write it. Overall I found this engaging and would recommend.
Note this audio book was given to me for free and this is an honest review of what I think.

Romance with a cool sci-fi twist

This is an interesting sci-fi romance, with an intriguing twist. Very creative. I enjoyed K.E. Cooper's narration.

this book was very different in a good way. it was out of the box. in the first book I've ever listened to like this I really enjoyed this and would strongly recommend anyone take a listen

I didn't see the twists at the end coming. I empathized with both main characters. I liked Lex's mental growth after a major catalyst forces him to see things differently. I voluntarily listened to a free copy of this and am giving an honest review. The narrator was good.

The story was pretty interesting. The narrator was flat and hard to tell who was speaking. I was ready for it to be over so I could move onto something more entertaining.

The Collaborator by Kayci Morgan. This story develops nicely. A good combination of world building and character development.
The Narrator K.E. Cooper did a fantastic job bringing these characters and story to life.

This is such a sweet and interesting story with Aliens. Lex and Clark are great characters. I really like how K.E. Cooper did this narration. He did bring the emotions to the characters and pull me into this story.

I liked the story and listening to this narrator. It's an interesting romance between an alien and human. I thought that it was sweet.

I’ve been really into alien books lately so this came out at the right time. I really liked the story line that it was an unique idea. It was really engaging and I couldn’t turn it off. I hope that there are more books in the series.

Do You Want to Host an Alien?

Both the author and the narrator brought the feelings of fear, hopelessness , betrayal, and hope to the audio book.

For a short book, there are a lot of feelings and emotions. The conquerors and conquerored are given equal time to adapt.

This book focuses on the mental and emotional aspects of a world changing event. There is not a lot of action (explosions, action sequences, etc), but the action that is written into the script is necessary to advance the plot.

This was a very sweet and lovable love story starting off as aliens invaded earth and billions of people disappeared and the Aliens took over making the human that is left vessels for the aliens could switch bodies with. The Aliens were a lifeform that lived in a water solution like there home planet but moved to a ship to explore space and different civilizations and lifeforms. They goal was to learn and experience what every body they took their feelings, and other things. But they had arrived on earth they did the same thing but they did not take in consideration the feeling the human had they never ran into and they started living experience they had not know and did not know how to cope with. They soon learn it was them who was changing and learning feeling they had lost over the centuries and seeing the mistakes they had made.
This is a beautiful Male to Male romance between a human and an Alien who took the time to move into a body in doing so he lost his heart to the human and wanted to try to make better for both the Aliens race and the Human race.