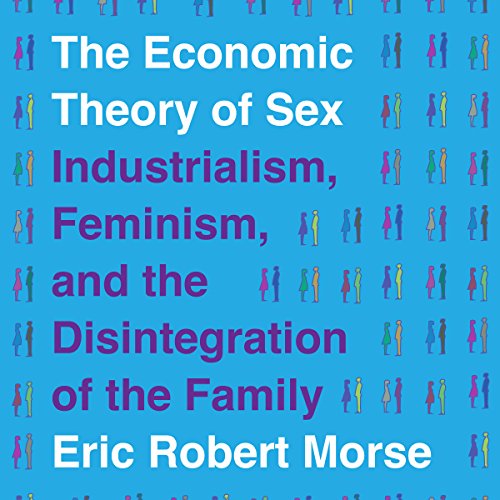 The Economic Theory of Sex

We face a crisis of sexuality.

During the last few years, we have witnessed an unprecedented breakdown of traditions and mores concerning sexuality and the family. Countries across the West have suddenly and seemingly irrevocably instituted same-sex marriage; a former athlete has won awards for publicly changing gender; and no one seems to know what restroom to use any more. What used to be taboo and frowned upon has become normal and even encouraged. What used to be normal and sought after is now viewed as unnecessary and possibly harmful.

Progressives see these developments as positive advancements in the interest of freedom and human rights. Meanwhile, traditionalists are concerned that we are entering a new phase of decadence that will precipitate the demise of our culture. Nobody can deny that we have reached a major turning-point in the history of civilization.

This crisis did not appear out of nowhere. As theorist Eric Robert Morse discovers, the seeds of this upheaval were planted hundreds of years ago in the rise of industrialism and feminism. With painstaking research and lucid prose, Morse presents a novel theory based in the sexual balance of power, which is sure to agitate the intellect of progressives and traditionalists alike.

What listeners say about The Economic Theory of Sex