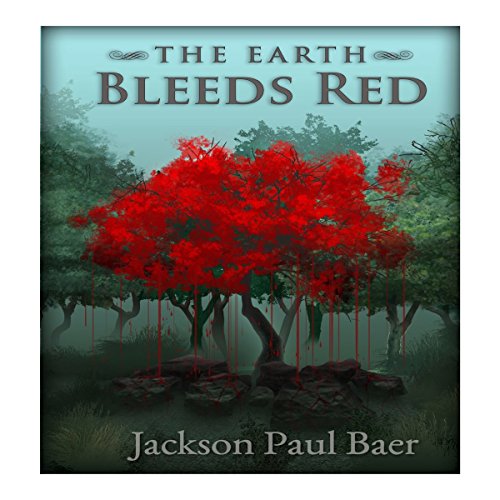 Scott Miller has everything he's ever hoped for. He has a successful marriage to Jessie, a stunningly beautiful, creative woman. His 17-year-old daughter, Ashley, is both gorgeous and intelligent, and has just been accepted to the University of Notre Dame, where Scott received his PhD. He has a comforting home in the woods, and a fulfilling career as a college professor at Oregon State University in Corvallis. He's blissful, and at peace, until it all comes shattering down.

Ashley is kidnapped. The scene of the abduction is horrific and bloody, and the police are convinced she couldn't have survived. They accuse her boyfriend, Brandon, of Ashley's murder. He declares his innocence, and claims that a masked man who entered his house and overwhelmed them both took Ashley. No one believes Brandon.

Then the bodies of three other missing girls are discovered, all bearing the mark of a known serial killer the FBI has been hunting for years. Evidence mounts. As Special Agent James Duncan tracks the Hail Mary Killer, Scott and Jessie try to move on with their lives. But they can't shake the feeling that Ashley may still be alive, and that the time for saving their only daughter is quickly running out.

In the best tradition of literature and suspense, Jackson Baer has weaved a heartfelt tale of one family's struggle to survive after a despicable evil wrenches them apart.

Well worth sticking with

When I first started listening to this audio book I was tempted to stop as I found the narrator a bit monotonous but I am glad I stuck with it as I soon got used to the way he was. The first part of the story is told from one person's POV but once it changed and other people got involved in the story and the action built up I really got into it. The story follows Scott Miller and his wife before and after his daughter gets kidnapped.and they try to find out who by and why.

The first part of the story is very slow going as we are introduced to the family and their everyday life, but once Ashley is kidnapped the action kicks up a notch and things start to happen quite quickly.

As I was listening to the first part of the story I was worried as to how the investigation would work, but I needn't have as the story switches from Scott to the policeman and FBI agent so makes the story that much more enjoyable.

Not Keen On the Narrator but an enjoyableThriller

An exciting little crime thriller with lots of twists, red herrings and a shocking conclusion.

I started listening to the audiobook but didnt continue as I didnt feel "compatible" with the narrator so I finished this on my e-reader as I was interested in the story.

I enjoyed the story, it started of quite slow but once the plot got going I was gripped. There is a alot of emotion in this book, fear, loss, anger, grief, forgiveness and acceptance, which I thought this was portrayed very well.

It reads almost completely from Scott's POV but ocxadionally switches to other characters which I found a little confusing as it wasnt immediately obvious that it was a different POV.

Not my usual genre to read but I enjoyed stepping out of my reading comfort zone into something new for a change.

The Earth Bleeds Red is a story that will certainly stay with you for a long time. I definitely recommend it for mystery lovers who are looking for something character driven,

Scott Miller has a perfect life...the college professor has a job that he loves, and his wife and only daughter, Ashley, a hs senior, are the lights of his life...everything is just perfect. Until a call late one night shatters that perfect life. Ashley's bf, Brandon, claims that a masked man entered his home and kidnapped Ashley. Law enforcement does not buy Brandon's story and he is arrested...they believe that he has murdered Ashley and they are pressuring him to give the location of her body. Brandon maintains his innocence and his story. When other female bodies are discovered, the FBI begins to wonder if they have a serial killer on their hands...is Ashley yet another victim? After months of searching for Ashley with no results, she is declared legally dead and a funeral service is arranged. Will this give Scott and wife closure? The parish priest is pivotal in helping Scott reconcile with all that is happening in his life. Will they ever find Ashley's body and really be able to put her to rest?
This was an engaging story with lots of twists and turns...my only criticism is that some descriptions were just overkill...did not really add to the story to learn that the front door was red oak with swirl patterns. Otherwise, great story.
I received a complimentary copy of this book in exchange for an honest review.

This books gets you thinking about some pretty heavy stuff. The story itself is heartbreaking and I loved hearing it all work out in the end, but felt it gave too many little details that just weren’t important at the time they were written. I enjoyed listening to this book.

What made the experience of listening to The Earth Bleeds Red the most enjoyable?

The flow and the reader's voice

The suspense along with the surprises

Yes...but just couldn't because of time issues. But picking back up with the audible, was easy and convenient.

Good book with characters you can identify with, and enough suspense to make you have to hear it all to the end. Kudos to the Author.

ive never read this story so it was new for me.. it was really interesting story.. the writing is amazing.. and the narrator i think did a good job with it.. not the most energetic one i've heard but he did really good with this story so it worked. i enjoyed it a lot

A one day book

This book started off a bit slow but it was not so slow as to make me regret buying it.

The family dynamic was good although I really wanted to smack the wife upside the back of the head Gibbs style when she kept harping at her husband about the unsolicited kiss from his coworker.

Was also hoping for an epilogue but overall the happish ending was good.

For the most part the narrator did a good job but a few times the voice he used for the daughter was completely goofy, it was reflective of a ditz instead of a person who tapped into their inner strength.

This is a detail oriented book, personally the details made the story come to life at a deeper level for me but I can see where folks who like a lot of back to back action might get a little frustrated with it.

Started this book and listened to it till it finished in one session so the slow spots weren’t too bad!

For a debut novel, I wasn't disappointed. There were some very nice and wonderful lines in this that stood out to me as poetic. I liked the pacing overall. Now, on the flip side, I had a hard time relating to the characters on a personal level. I was pulled from the story only a couple of times questioning if the events happening were too extreme, but then the syntax/pacing tended to pull be back in. 4.5. Normally I will get into a performance by the end because it takes some adjusting to understand the new voice and all, but I just couldn't get into this guy. He reminded me of Garfield. It wasn't bad or anything... just forced often and something felt unnatural with the way his inflections were in much of the read.

OMG!! The story is one that as a parent you will never want to face. The plot is well-written and the characters are beautiful. I could not believe the outcome of this story and the narrator was perfect. This is definitely one you should listen to!!

I read the blurb and it sounded like and interesting plot: a daughter that goes missing and a father that won’t stop searching for her. I needed to know more.

The descriptions in this book are incredible. They so detailed that you can’t help but feel as if you’re transported into this world or feel what the characters are feeling. This felt like a true thriller with all the twist and turns the story took with bits of family drama intertwined, which I enjoyed. The story does seems to have a slow start and kind of lulled for me for about the first third of the book after which the plot picks up and the story takes off running. Overall it was a good audio and I enjoyed a change from my usual dose of romance.

Narration for this book was low going. Dan Carroll’s narration of this book fell flat for me. He seems to narrated a bit to slow for my taste and it made the story seem to drag on. I fixed that by setting the narration speed at 1.25x. Still, there was really no depth to the narration. It seemed flat throughout even when there should have been plenty of emotions especially during suspenseful scenes. Overall I think this is a story that should be read and experienced that way.

Just when you think there's a happy ending.....

Where does The Earth Bleeds Red rank among all the audiobooks you’ve listened to so far?

Very high up. I loved the story very much, the characters were easy to like and the love between the parents in this story reminds me of my parents

He had a way of not mentioning what you wanted to hear and weaving it into the storyline drawing it out as long as possible until you were yelling at the radio.

Which character – as performed by Dan Carroll – was your favorite?

A family's strength is tested to its limits.

Baer really has a way with words that makes you want to listen to the story in one sitting. From my daughter hearing chapter one of this book she made me swear not to listen to it without her so that says a lot right there for the storytelling. We are both avid readers and enjoyed this story very much. Baer is a new to me author but his work is out of this world. Just when you think they're going to find a happy ending he throws another twist in to send you reeling till the next one. This book had us on the edges of our seat from chapter one and the banter between the family sounds real and just like my family at times. The killer in the story is a really well written sicko that Baer must have really done some great research to make this character so multi faceted and conniving. This is probably one of the best written evil characters since Cassandra Clare's Sebastian Verlac. All in all I would totally re read the book over and over the story is that good. I could easily see this being made into a movie one day.