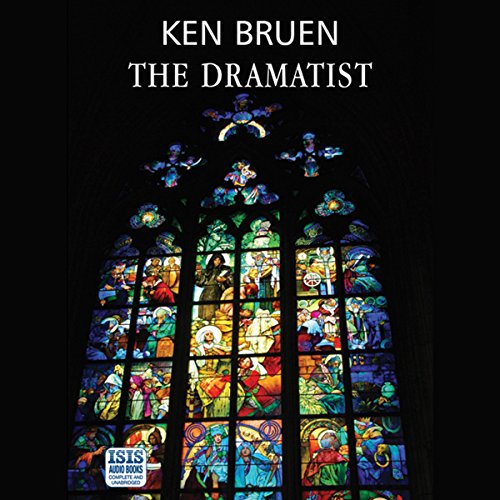 The impossible has happened: Jack Taylor is living clean and dating a mature woman. Rumour suggests he is even attending mass.

The accidental deaths of two students appear random, tragic events, except that in each case a copy of a book by John Millington Synge is found beneath the body. Jack begins to believe that "The Dramatist", a calculating killer, is out there, enticing him to play. As the case twists and turns, Jack's refuge, the city of Galway, now demands he sacrifice the only love he's maintained, and while Iraq burns, he seems a step away from the abyss.

What listeners say about The Dramatist

Awesome as always. Great story and characters, also well narrated as all Jack Taylor novels are.
Enjoyed but ended too soon.

Best was the sober Jack Taylor, worst was the portrayal of the Gardaí in ignoring obvious clues found with bodies and the non realistic ease that Jack had in getting hold of evidence.

What does Gerry O'Brien bring to the story that you wouldn’t experience if you just read the book?

Gerry O'Brien is the whole reason I listen to Bruen books (I have never read one). O'Briens use of inflection, tone and accent creates realistic characters and scenes.

Probabaly not however it would be good to see how close my mental image of the characters is to the chosen actors.

Reasonable effort and typical Bruen fare. Especially good if you have been to Galway