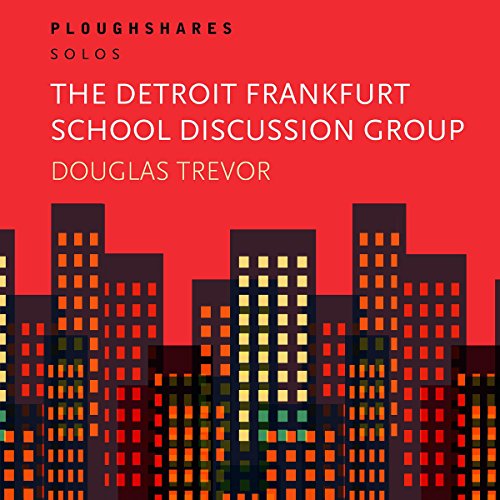 Colin, a newly divorced lecturer of critical theory, wants to spice up his life. He attempts to learn Russian, gives online dating a go, and even entertains the idea of becoming an alcoholic - but nothing sticks. So when two young women he’s never met before ask him to party, he ignores the red flags and climbs into their car. Almost as quickly as they pull away from the curb, Colin learns they’re not headed to a party: they’re headed to an abandoned building in Detroit to discuss the Frankfurt School of Critical Theory. And Colin is slated to be the guest speaker, whether he likes it or not.

a delightful story and great narration. at the intersection of flint and frankfurt. it reminded me of updike's rsabit redux