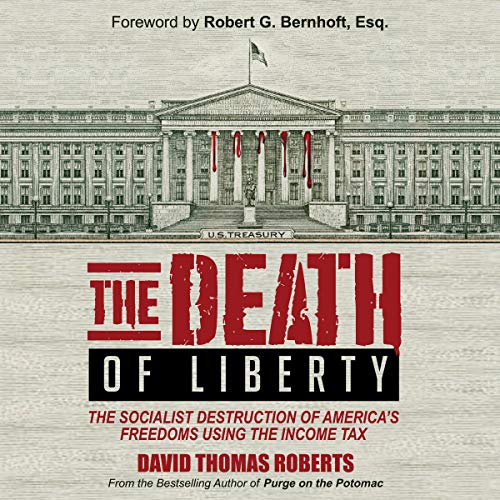 The Death of Liberty

The Death of Liberty

In 1776, the colonists declared Independence from England in large part due to the many onerous acts thrust upon them by parliament, including the stamp act in 1765 and the tea act in 1773. With the combination of these burdensome Acts on the colonies, coupled with “Intolerable Acts” that severely limited the colonists Liberties, America rebelled. America won her liberty finally in 1783, only to see American’s freedoms put in a permanent state of peril with the successful progressive class warfare argument that resulted in the 16th Amendment in 1913.

The legacy of the IRS is one of scandals, malfeasance, criminality, incompetence and terror - yet Americans, for the most part tolerate it. Why? The history of IRS abuses of common citizens is legendary, and the stories you will read in this book are chilling.

Surely Patrick Henry, Thomas Jefferson, and Samuel Adams would have never let such an abusive form of government exist in the United States. Why do we?

What listeners say about The Death of Liberty

What everyone needs to know about the IRS.

Outstanding book about the origin of our tax system, what we have aloud it to become and how it is destroying our country and the lives of all Americans. I highly recommend this book, it is a must read.