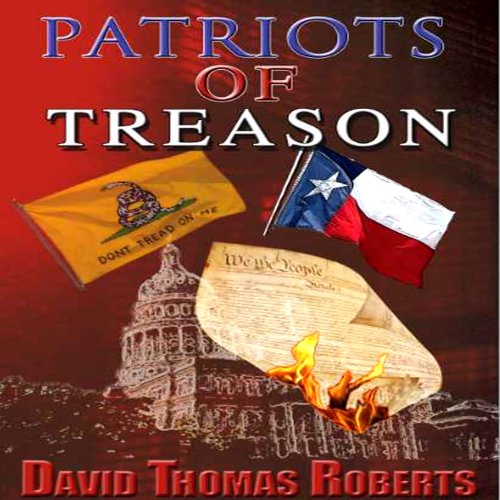 Tea anyone? After decades of erosion of the U.S. Constitution, the United States is faced with a major constitutional crisis not seen since the Civil War. A president and his administration filled with scandals and plagued by economic woes surprisingly wins re-election to a second term largely based on an "October Surprise" and the promise of redistribution of the nation's wealth. The night he is re-elected, an assassination attempt throws America into chaos, resulting in riots, food shortages and violence across the country. When it is discovered the assassin has ties to the Tea Party, the administration sees its opportunity to quash its political opposition and launch a diabolical conspiracy to hide the truth of the assassin's real motives. The President and his minions attempt to keep the lid on the conspiracy by any means necessary, including issuing unconstitutional executive orders.

Jack-booted federal agents are ordered to raid private citizens' homes to eradicate the Tea Party once and for all. After an ordinary citizen in Texas, a founder of a local Tea Party, is terrorized and held without due process, the governor of Texas dispatches iconic Texas legend Pops Younger to rescue him. The entire country becomes riveted in the suspense of the high-stakes chess game that pits the State of Texas and the Texas Rangers against the administration and the ATF that escalates to unprecedented proportions. An exciting and fast-paced political thriller, Patriots of Treason presents a very realistic 'what if' scenario that will keep you on the edge of your seat, regardless of your political persuasion.

What listeners say about Patriots of Treason

Great story, I could not stop listening. Imagine if it happened for real, rather like Brexit, who would be next to strike out on their own?
Very enjoyable.

This is a timely thriller full of interesting political tidbits and a clear message: Don’t mess with Texas! My rating 4.25.

A liberal President, running for re-election on a platform that includes restriction of gun rights and redistribution of wealth, survives a late race assassination attempt. The investigation reveals that the assassin, of Muslim decent, was a student from Texas who was writing a thesis on the Tea Party. Washington leaders, spear-headed by the Attorney General, cover-up the Muslim connection and declare the assassination attempt was a conspiracy by Tea Party members. Federal enforcers move in to disarm Texas citizens and to capture and imprison Tea Party members without arrest warrants, phone calls or hearings. The federal authorities justify their actions claiming the Tea Party members are “terrorists” under The Patriot Act and therefore have no rights.

The Texas Governor takes issue with the violation of the rights of his state citizens. The Texas Rangers are called in to rescue a Tea Party member who was arrested in the presence of his wife and children and whose house was bulldozed to get to a gun safe he refused to open. The rescue triggers escalating hostilities between the Federal Government and Texas that result in Texas voting on secession.

The public masses are divided in their loyalties with several states sympathizing with Texas and others rallying behind the federal restrictions. One man, with inside knowledge of the facts hidden by the Justice department, strives to find a way to get the true facts out to the public to stop the unbridled corruption and chain of violence based on lies.

This story moves at a good pace with a lot of suspense and tension. Not so long ago this scenario might have seemed unlikely, but with increasing federal controls and intrusion into state rights this doesn’t look so fictional. Texas seems to be the perfect state to set in this confrontation as it maintains a state militia (the Texas State Guard) under the governor’s direct command. And, of course, the Texas Rangers are bigger than life. Some of the state resources were exaggerated but it made for exciting reading/listening.

I did question why the student’s friend didn’t speak up and why no independent journalist researched the young man’s background. However, this fit with the nature of media outlets these days that highlight biased tidbits twisted from some facts and make no effort to portray the full truth objectively.

I liked the fitting quotes at the beginning of each chapter. When I reached the end of this book, I was ready to listen to book two. I realized I hadn’t picked it up at Audible yet and would have to wait. I recommend this to readers who like constitutional discussions and political intrigue interesting, especially set in an action story.

Audio Notes: I’m sorry to say that I wasn’t impressed by the narration which I found to be rather dry. Although there is some inflection, Kelly Klaas seemed to deliver this like a documentary rather than an exciting thriller. Fortunately the storyline took precedence about midway so that the narration was not such a distraction.

One of the rare books

I listen to a lot of books and this one had my heart going and making my blood boil! Cheering on Texas and their Texas Rangers! Outstanding book!

He Tore The Drawers Off

This book made me wonder what can and almost certainly will happen if our government does not get it together.
One man is making decisions and manipulating Our President and Congress with threats that if they don't go along with his orders he will put them all up for treason, over something really petty he digs in and fights against a Texas Mayor who does not cowtow to his demands. He will stop at nothing to cover up a mistake, that had he just owned up to the fact that they were misinformed, would have curtailed a civil war. But like some people who we know that gets rid of people who don't agree with him, he uses the military to arrest a Texas politician who told the real story. In the attempt the politician is killed, he didn't realize that Texas along with other sympathetic states would not just lay down their arms, but pick them up and fight to the death to uphold the rules set forth in our constitution

This book was exciting, intriguing and I was dissapointed to find out that there were no more. I could see this movie in a television series or big screen movie.

The narrator was amazing.

David Thomas Roberts for President! At least of Texas.