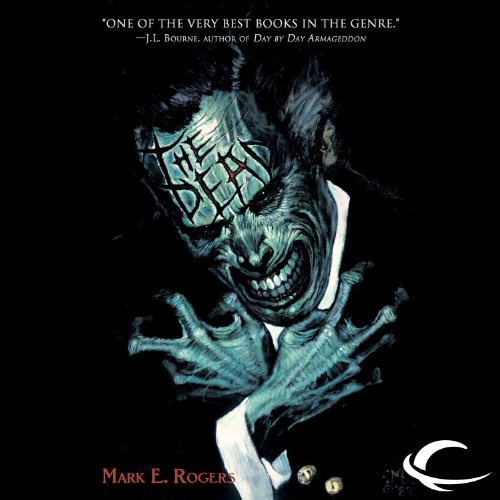 A terrible judge comes like a thief in the night. While the world sleeps, everything changes. In the diseased light of a festering sun, planes drop from the sky, machines sputter and stop, and the graves of the shrieking damned burst open. Angels from hell clothe themselves in the flesh of corpses to form an unholy army. Dreaming of his father hammering his way out of a coffin, Gary Holland is jolted awake by the phone to learn that his father is dead. Bickering over infidelity and religion, the family gathers for the funeral…and confronts hell on earth at the Jersey Shore. Hounded from cellar to sewer, the staggering, bloodied survivors of the Holland clan are pushed remorselessly to choose between black despair and hopeless faith.

Best of this genre.

A horror novel that almost feels like a Christian novel before it slips back to foul language and gore. It confused me in a good way. The end almost ruined it for me but I still loved it.

One of my all time favorites. Outstanding story!

loved it, great story very scary. Kind of an every man's story about how to survive an apoclyptal event, whether a religious one or not.

Narrated by one of my favorite narrators, Basil Sands. I wish he could narrate every book ever written!

All in all a really cool story, I really enjoyed it!
But then, I like this kinda thing ;)

The plot was too focused on dead people ripping living people's throats out and didn't really have too much of a story behind. the philosophical and religious arguments didn't seem to make sense in the midst of what was going on in the story or maybe it was just the narrator had the most boring voice I have ever heard! I was really disappointed!