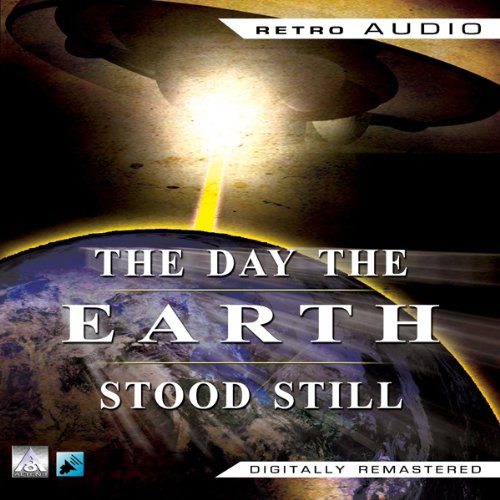 The Day the Earth Stood Still

Starring Michael Rennie and Jean Peters - An alien space craft, lands on Earth just after the Second World War, and in the new era of history. A mighty robot emerges from the craft, to bring an important message from the alien 'Klaatu'. Listen how, after in initially hostile reception, he tries to bring his message to the people of Earth!

One of the classic Radio Theatre Productions you will want to listen to over and over again!

What listeners say about The Day the Earth Stood Still

While the performers of this radio drama do an excellent job and the script writers did the best they could, the time limitations imposed by the radio play format were fatal to this production. The story is far too truncated to be effective on its own. For a first time listener unfamiliar with the movie, there are far too many holes and too much critical information is missing for the story to make sense.

The verdict: This radio play is good enough to listen to - once. Other than that, stick to the movie.

Very enjoyable. Exactly like the movie and besides it's only a dollar. Good sound sound effects.

One of my favorite SciFi storys

Must have been scary back then...

I can see why this caused a lot of panic to listeners who tuned in on the radio back when this was released! I would be pretty scared too!

Retro Audio is hard to understand

This is reissue of an archival radio program. I found it hard to understand due to the extremely poor quality of the recording.

I find myself wishing this was the narration of a book, although this may have only been done as radio drama (not based on a book).

Not worth a credit (in my opinion)